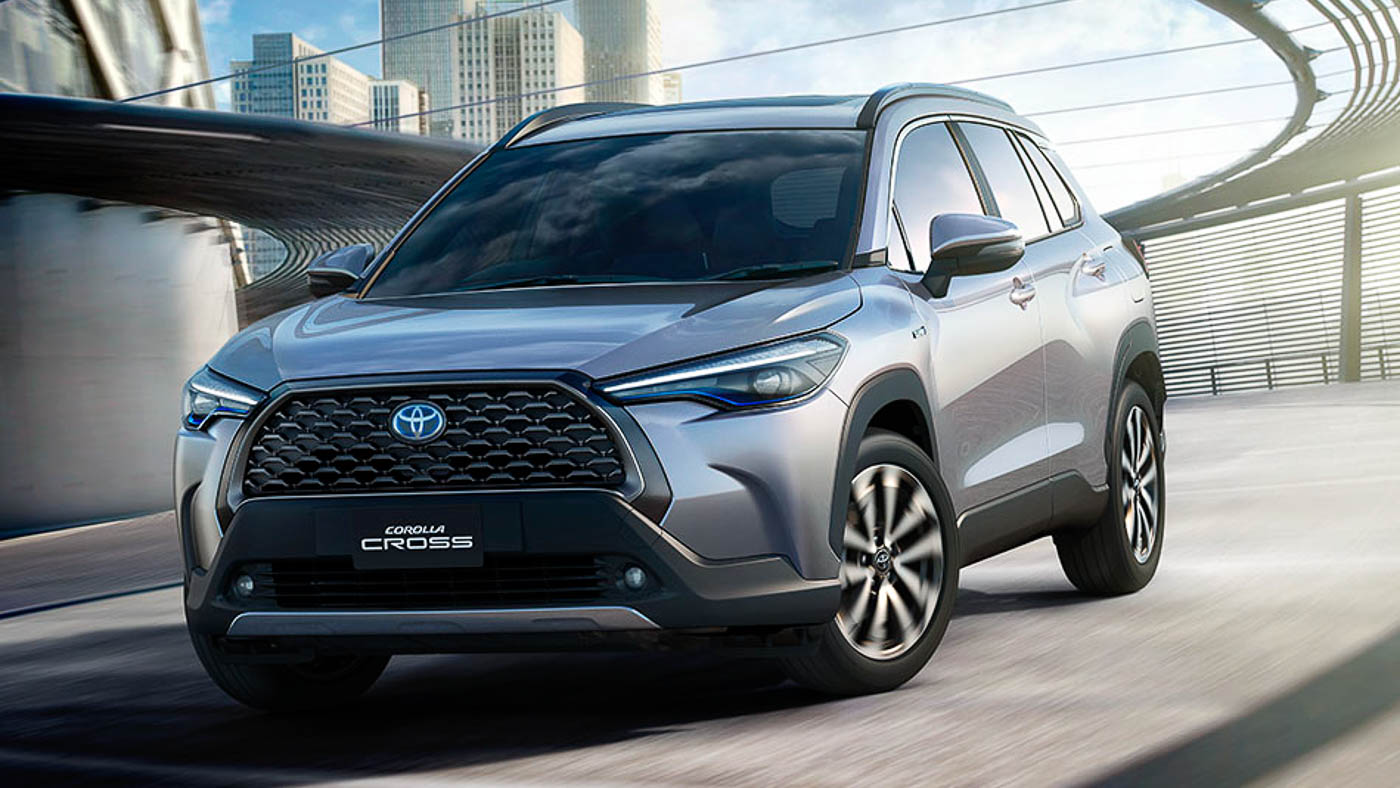 UMW Toyota Motor (UMWT) has provided the full features and specifications of the upcoming 2022 Toyota Corolla Cross Hybrid 1.8 prior to its official launch this Friday. So without further ado, let’s dive right into to it!

Exterior wise, the locally-assembled Toyota Corolla Cross Hybrid will feature the same 18-inch wheels and bumpers as the regular petrol variant of 1.8V. The only differentiating factor are the blue highlights on the LED headlamps and Toyota oval logos, alongside the ‘HYBRID’ emblems on the front fenders and tailgate.

Standard equipments on the outside are similar to the 1.8 V variant, with factory-fit items including bi-LED headlamps, LED tail lamps, 18-inch alloys, handsfree powered tailgate, roof rails (rated to hold 70 kg of load), and rain-sensing automatic wipers. The Hybrid variant does however get an exclusive colour, called Celestite Grey Metallic.

As for the hybrid system, the Toyota Corolla Cross Hybrid is powered by a 98 hp / 142 Nm naturally aspirated 1.8-litre (2ZR-FXE) paired to a sophisticated dual-motor-generator setup (72 hp / 163 Nm) with a power-split device (PSD) that functions as an electronic continuously variable transmission (ECVT).

The combined system output is 122 hp whilst seen to officially return fuel consumption of 4.3 litres per 100 km or 23.3 km/L under ECE R101 test cycle. The powertrain first appeared in the fourth-generation Toyota Prius. Find out why the output is lower than the 1.8G and V variant’s 139 hp as well as the difference compared to Honda’s e:HEV system here.

Inside, the Hybrid gains a new 7-inch digital driver’s instrument cluster, alongside dual-zone air-conditioning system, and an auto-dimming rearview mirror. Paired with the Hybrid powertrain is also a Sport, Eco or Normal drive mode switch plus a dedicated EV (electric vehicle) mode – Although, being a self-charging hybrid with a small high-voltage battery, the electric range is limited to one to two kilometres.

In an earlier announcement, UMWT has already said that the Hybrid variant will also be equipped with the Toyota Safety Sense advanced safety assistance pack, with standard features including the Pre-collision System (autonomous emergency braking), Lane Departure Alert with Steering Assist, and Automatic High Beam.

The Dynamic Radar Cruise Control and Lane Tracing Assist features meanwhile have been enhanced in the CKD variants of the Toyota Corolla Cross 1.8V and Hybrid 1.8 to operate at all speed ranges, unlike the earlier version that only activates from 30 km/h.

Pricing for the Toyota Corolla Cross Hybrid 1.8 is placed at an estimated RM137,000 – actual figures will have to wait until the launch this Friday. UMWT is also offering an eight-year unlimited mileage warranty on the hybrid electrical components, which includes the battery, inverter and power management control unit. Customers can even extend it for an additional two years for an estimated RM2,950.