Home News This full-scale LEGO Toyota Supra can be driven up to 28 km/h! 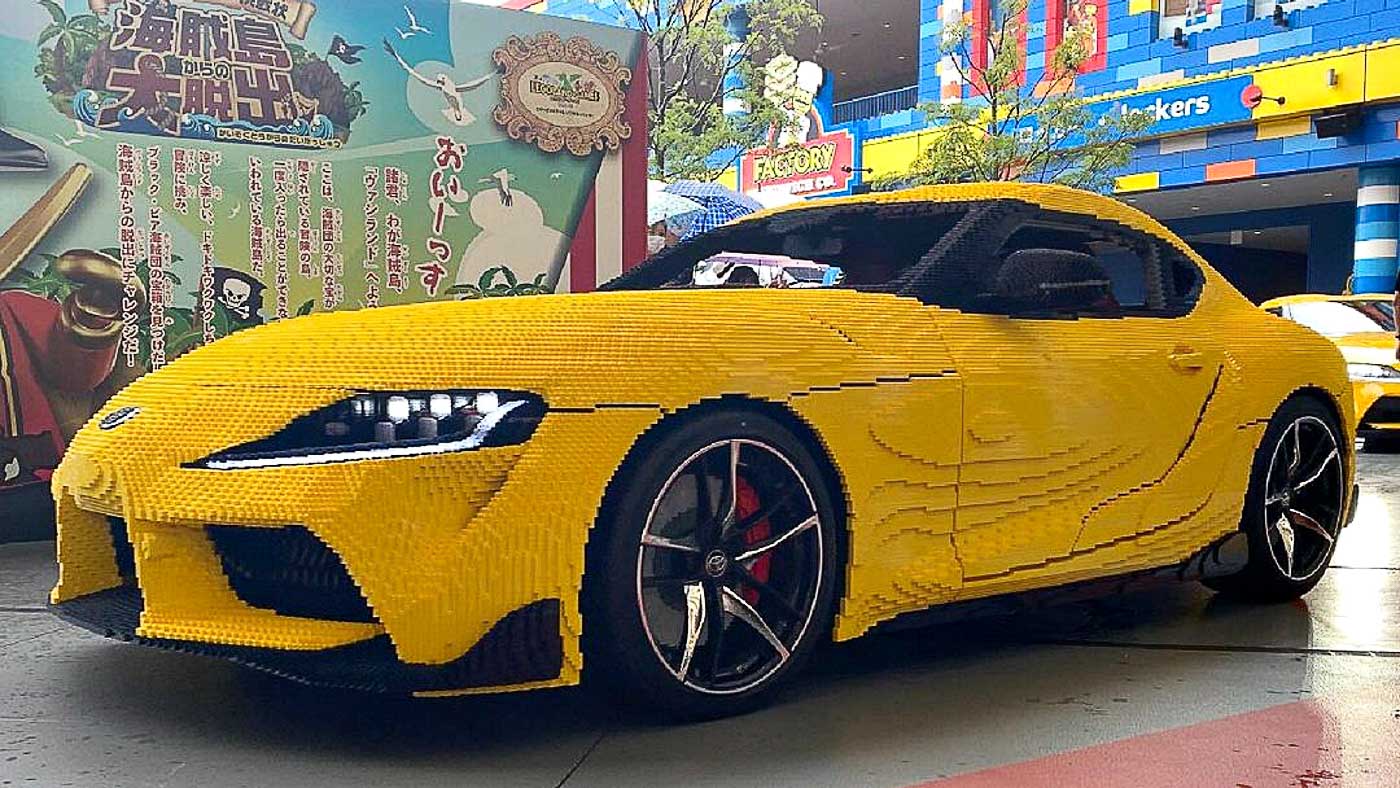 As part of a new partnership with Toyota Gazoo Racing, Legoland Japan Resort in Nagoya has commissioned the build of a full-sized replica of the Toyota GR Supra. What is impressive about the replica is that it accommodates two persons and can be driven!

However, the LEGO Toyota GR Supra replica will only be a static display and for photography as part of a new campaign by Toyota Gazoo Racing. The new attraction is also in conjunction with the 35th anniversary of the Toyota Supra being launched in Japan.

From the video shared by LEGO, the LEGO Toyota GR Supra replica is constructed over a specially designed and scaled steel frame to hold the bricks. Thanks to computer-aided design, a total of 477,303 bricks were needed to construct the scale model, including a fully replicated interior with two seats and the shift lever.

Assembled in a day?! Watch GC guides us through his build of the LEGO Technic Ferrari 488 GTE consisting of over 1,600 pieces.

A team of 21 were tasked with the project that took 5,400 hours to design and construct the full-size replica. The actual construction took 2,400 hours according to the team at LEGO.

The best part of the replica is that it can be driven. An electric motor and a small battery can move the replica up to speeds of 28 km/h. With so many bricks plus the structural frame beneath, it comes to no surprise that the LEGO Toyota GR Supra replica weighs more than the actual car, tipping the scales at 1,885 kg, over 300 kg more! On the exterior, only the 19-inch forged alloy rims and Michelin tyres are items from the real Toyota GR Supra.

Children who participate in the Legoland Japan Driving School will also receive a very cool Toyota Gazoo Racing “Special Driving License” and a commemorative block under this two-month campaign.

Here is a quick recap on the performance of the Toyota GR Supra- 3.0L turbocharged straight-six engine developing 388 hp and 500 Nm of torque. The engine is paired to an 8-speed automatic transmission and drive the rear wheels. The sprint from standstill to 100 km/h takes just 4.1 seconds.

The Toyota Supra’s BMW-sourced engine is said to develop more power than published. Find out how much power did the Supra register at the dyno shop!

For those who would like to assemble their own LEGO Toyota GR Supra, the LEGO Speed Champions Toyota GR Supra is priced at RM89.90 and can be bought through Lazada, Shopee and at all LEGO certified stores!

As for the actual Toyota GR Supra, UMW Toyota Motor currently offers the sportscar from RM589,987 inclusive of a five-year/unlimited mileage warranty. Watch our review of the Toyota GR Supra here.