Home News Kia says their upcoming Niro SUV will look like this concept…wow! 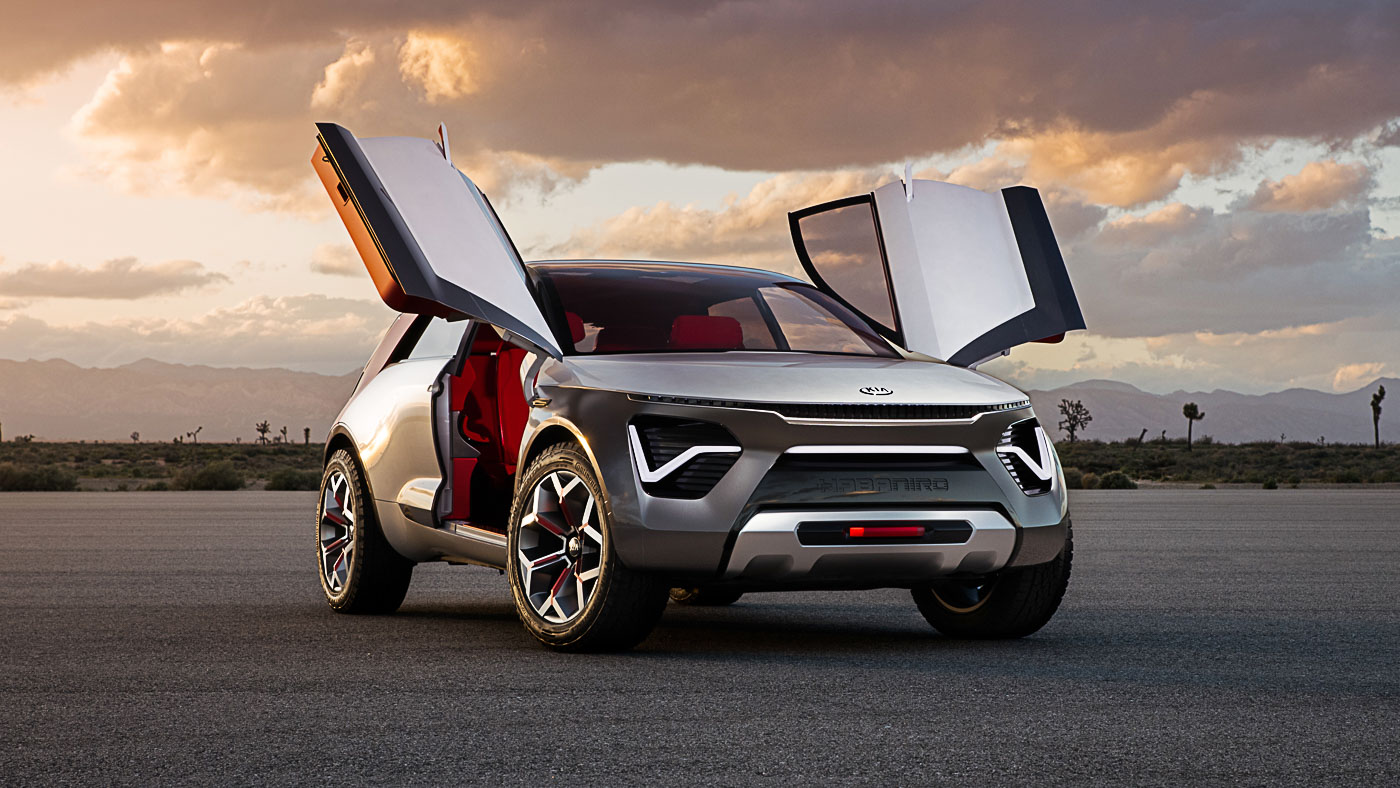 Since the launch of the new corporate logo earlier this year, Kia Motors has been on a roll with new vehicle introduction. One common theme among the new vehicles is the radical styling, penned by the department under Karim Habib.

The latest teaser by Kia previews an all-new Kia Niro, with the company saying the compact SUV has its styling heavily influenced by the Habaniro Concept shown above. While the butterfly wing doors are just a concept, the front fascia, especially the lighting signature and tall hood and lower grille motif look set to be made into production.

At the rear quarter, the bright “Lava Red” aero panel from the Habaniro Concept also seems to be retained for production, with the teaser image properly aligning the angle of the vehicle to match the concept. Overall, the smaller Kia Niro has little family resemblance to the all-new Sportage that was launched in September.

Apart from products, the customer experience centres also get a makeover. Check out this flagship Kia showroom in Seoul!

Dimensionally smaller than the Kia Sportage, the current generation Kia Niro competes with compact SUVs such as Toyota C-HR, Honda HR-V, and is slightly larger than the Hyundai Kona. Being targeted to the European market, the Kia Niro is also available with both self-charging and plug-in hybrids as well as a fully electric powertrain.

As such, we could be seeing the all-new Kia Niro made available in Malaysia via the new distributor that is led by Bermaz Auto. From next year, EVs are set to be tax-free and Bermaz Auto has planned an aggressive product strategy to take advantage of the government’s initiative.

While the Kia EV6 is a premium product, we can expect the all-new Kia Niro EV to be priced relatively more competitive as it is targeted towards the mass market consumers looking at models such as the Nissan Leaf, Peugeot e-2008 and the Hyundai Kona Electric.

Kia is set to fully unveil the all-new Niro on November 25th at the Seoul Mobility Show 2021.