BMW M has just posted a frontal shot of a large SUV and accompanied with the caption BMW Concept XM on its social media pages.

The concept X Series Sports Activity Vehicle (SAV, BMW speak for their SUVs) also seem to have not only its tiny DRLs turned on, but also the kidney grilles illuminated, as well as a pair of lighting units on the leading edge of the roof. Zooming in and increasing some contrast of the image and you can see a ‘///M’ emblem on the kidney grille, a norm on all BMW M vehicles.

BMW say the Concept XM (yes, it’s ‘déjà vu’ as the Mitsubishi XM Concept existed a few years earlier) is the most expressive statement in almost 50 years of BMW M, wearing a new front design of the brand. It certainly looks like an aggressive manifestation of the current BMW iX and BMW M3 and M4 look, with the BMW emblem placed in between the voluminous, separated kidney grilles.

Electrification will also assist with the super high performance of this concept model, something that Mercedes-AMG has introduced with the AMG GT 4-door 63 S E Performance plug-in hybrid that has a combined output of 843 hp and 1,470 Nm of torque.

Based on earlier reports, BMW is scheduled to introduce the Concept XM on November 29th, ahead of the Art Basel show prestigious art show in Miami Beach, USA.

The BMW Concept XM could be a brand and communication exercise before the official introduction of the sporty BMW X8 M that is based on the three-row BMW X7. A rendering of the production vehicle can be found here.

Currently, all the BMW SAVs from X3 to X7 models plus their respective M variants are made in BMW Plant Spartanburg, USA, so it is only fitting for BMW M and BMW USA to unveil new performance SUV that is made in their home turf. 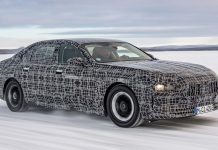 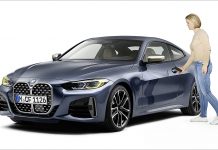 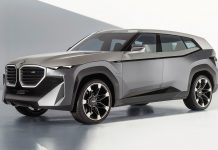