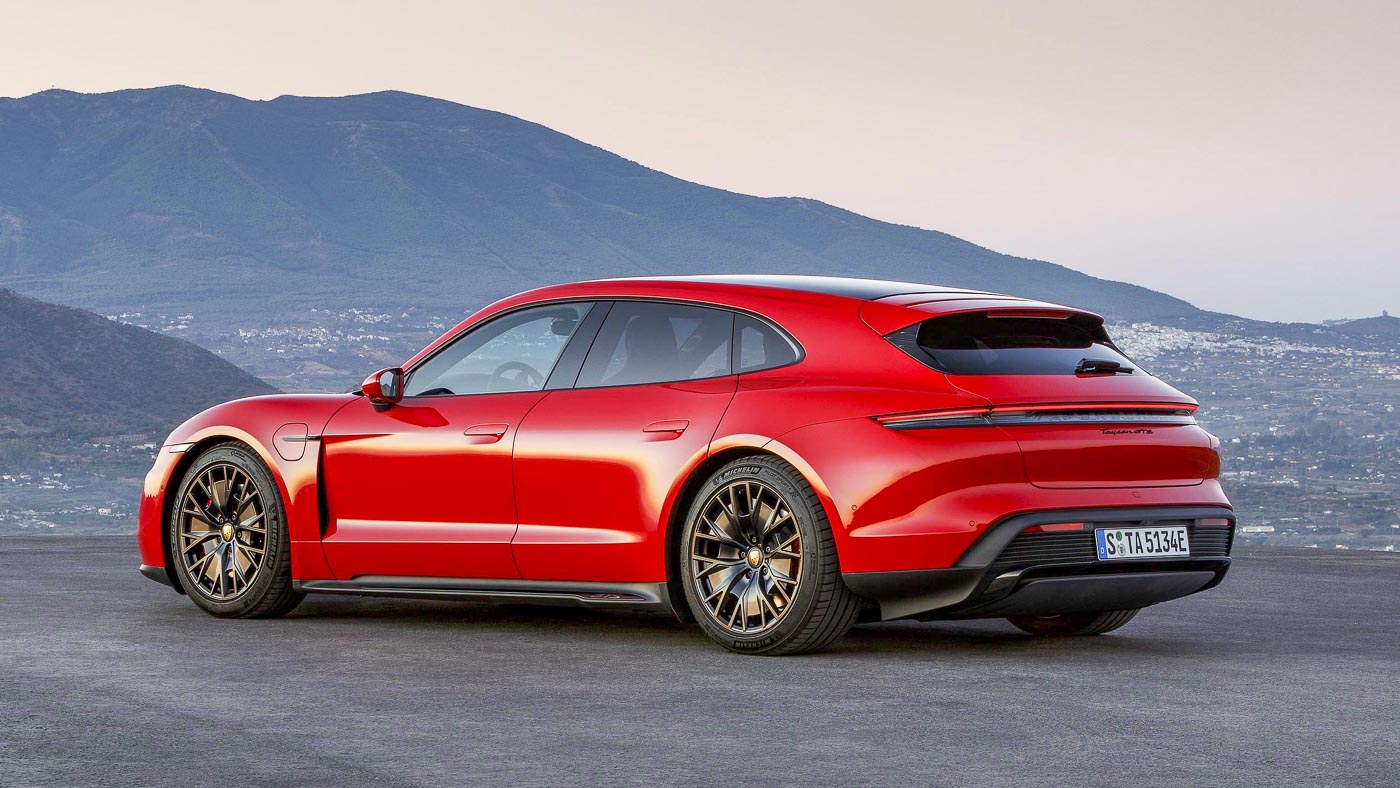 The Porsche Taycan Cross Turismo is a beautiful car, but its offroad-inspired looks definitely isn’t everyone’s cup of tea. If you’re part of that camp, you’re in luck – because Porsche has just unveiled a new GTS Sport Turismo variant for their electric Taycan which ditches all the SUV touches for an ultra-sleek electric wagon. Sweet.

The new Sport Turismo model is unveiled as part of the launch of the GTS variant that will also be available for the regular Taycan sedan. Porsche says that the GTS is the “optimal combination of performance and luxury” and the “sporty all-rounder”, and will be positioned in between the Taycan Turbo and 4S models.

The new Porsche Taycan GTS borrows the PASM adaptive air suspension system from the Taycan Turbo, although it’s been tuned specifically for the GTS models. Oh, and the Sport Turismo wagon also gets the same suspension, instead of the jacked-up version that’s fitted onto the Cross Turismo for better centre of gravity – it’s a sporty road car, after all.

For brakes, Porsche engineers looked to the Taycan 4S to borrow its six-piston front and four-piston rear brake calipers – in red, of course. That said, the GTS gets larger 390 mm front rotors, instead of the 4S’ 360 mm units, and are covered in a tungsten carbide coating for better braking performance. Porsche’s Ceramic Composite Brakes (PCCB) are also available as an option.

Other standard performance items on the Taycan GTS include Porsche’s torque vectoring technology, as well as the Sport Chrono Package and GT Steering wheel.

RELATED: The Porsche Taycan is outselling the iconic 911 worldwide

For design, both the Taycan GTS sedan and Sport Turismo wagon are fitted with the SportDesign package as standard, which includes sportier bumpers, side skirts, and gloss black trim elements. The GTS model also gets the unique 20-inch Turbo S Aero Design wheels, finished exclusively in a satin black finish that you won’t be able to find on any other version.

The new GTS models also get the option of a panoramic glass roof with variable light control, which allows you to alter the amount of light that can pass through into the cabin (from Clear to Bold/60% darkened) via nine electrically-controlled liquid crystal film segments within the glass panels.