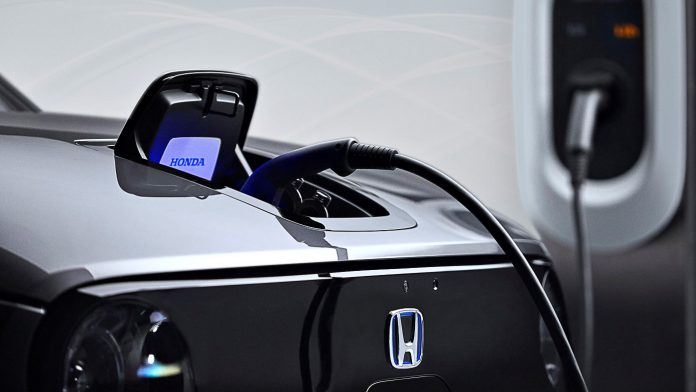 In Europe, strong consumer demand, as well as government legislation, have push automakers to accelerate their electric vehicle (EV) portfolio. Volkswagen, Renault as well as Hyundai and Kia have strong sales for their EVs in the region, with the Volkswagen ID series leading the EV market and Tesla following closely behind.

The same cannot be said for the Japanese automakers. Within the Japanese big three (Toyota, Honda and Nissan), only Nissan has established the Leaf in Europe. Honda began their EV journey with the compact, premium-positioned three-door Honda e last year. Their footprint in Europe is tiny (100,000 units a year), hence, the push for EV has never really been a priority.

Now, Honda is reportedly open to form new alliances to make electrification profitable. In a report by Reuters, Honda’s new CEO, Toshihiro Mibe said, “If Honda can accomplish its goals sooner through an alliance, then we would be willing to form an alliance.”

Mibe’s comment reflects the pressure on the global auto industry; not only build electric vehicles a lot faster but also cheaper as seen with the Volkswagen Group.

In the USA, Honda has teamed up with General Motors to offer their first EV for the region called the “Prologue” which is scheduled to hit showrooms in 2024. The EV in the form of an SUV will be built on General Motor’s platform and the company’s Ultium batteries with Honda tasked to develop the interior and exterior of the Prologue.

“Building an alliance will become a huge direction in terms of increasing the number of electric vehicles, considering how electrification is not commercially feasible right now,” he added. Profitability for the company has also been a huge issue, with their operating income margin just 1.0% for their car business in the most recent financial year filing.

Research suggests that EVs might become cheaper than petrol-powered cars by 2027. More about it here!

In April this year, Mibe announced a carbon-neutral goal for the company’s products and corporate activities by 2050, including electrified vehicle sales targets.

Toyota, who has technical partnerships with Subaru, said that just going with one option is not viable for the company. The company wants to offer multiple powertrain options as well as keeping hybrids to offer the best solution to meet customers demands.