While electric vehicles have seen a significant uptick in adoption recently, the majority of road users are still hesitant on buying one, partly due to its higher price; you’re effectively paying for an early adopter tax, so to speak, as it’s a new and upcoming technology still very much in development.

Well, that could all be changing sooner than we thought. A recent study by BloombergNEF – and reported by The Guardian – suggested that, in Europe at least, electric vehicles will reach price parity with ICE cars by 2027.

In fact, the research says that larger electric sedans and SUVs are poised to achieve that in 2026. By 2030, the study anticipates that all EVs will cost significant lesser than their fossil fuel-powered counterparts to produce.

The main contributing factor to the changeover is due to economies of scale, the study argues, as manufacturers continue to invest heavily in EV technologies, while more and more dedicated EV production lines are being created within their respective factories.

Additionally, batteries are also becoming less expensive to manufacture, which means the reduced costs will be eventually passed on to end buyers. A study commissioned by Transport & Environment, a non-profit organization campaigning for cleaner transport in Europe, predicts that battery prices will fall by 58% (to USD58 per kWh) within the next decade.

Keep in mind that USD100/kWh is considered by many to the another major milestone in EV adoption.

Sounds good, doesn’t it? You’d be even more surprised that BloombergNEF’s forecast is actually one of the more conservative ones. Investment bank UBS previously predicted that cost parity between EVs and ICE cars can be achieved as soon as 2024!

All signs right now are pointing towards an EV takeover sooner than later, especially with governments across the globe imposing even stricter emissions regulations in the coming years. Let’s just hope that the lower pricing trend will be carried over to our side of the world, and we’ll have the electric charging infrastructure to back it up! 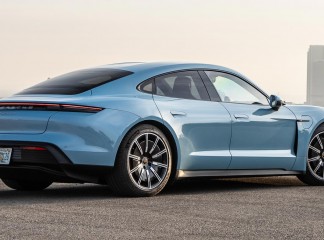