Home News The 2022 Volkswagen Tiguan Allspace facelift has the face of the Tiguan... 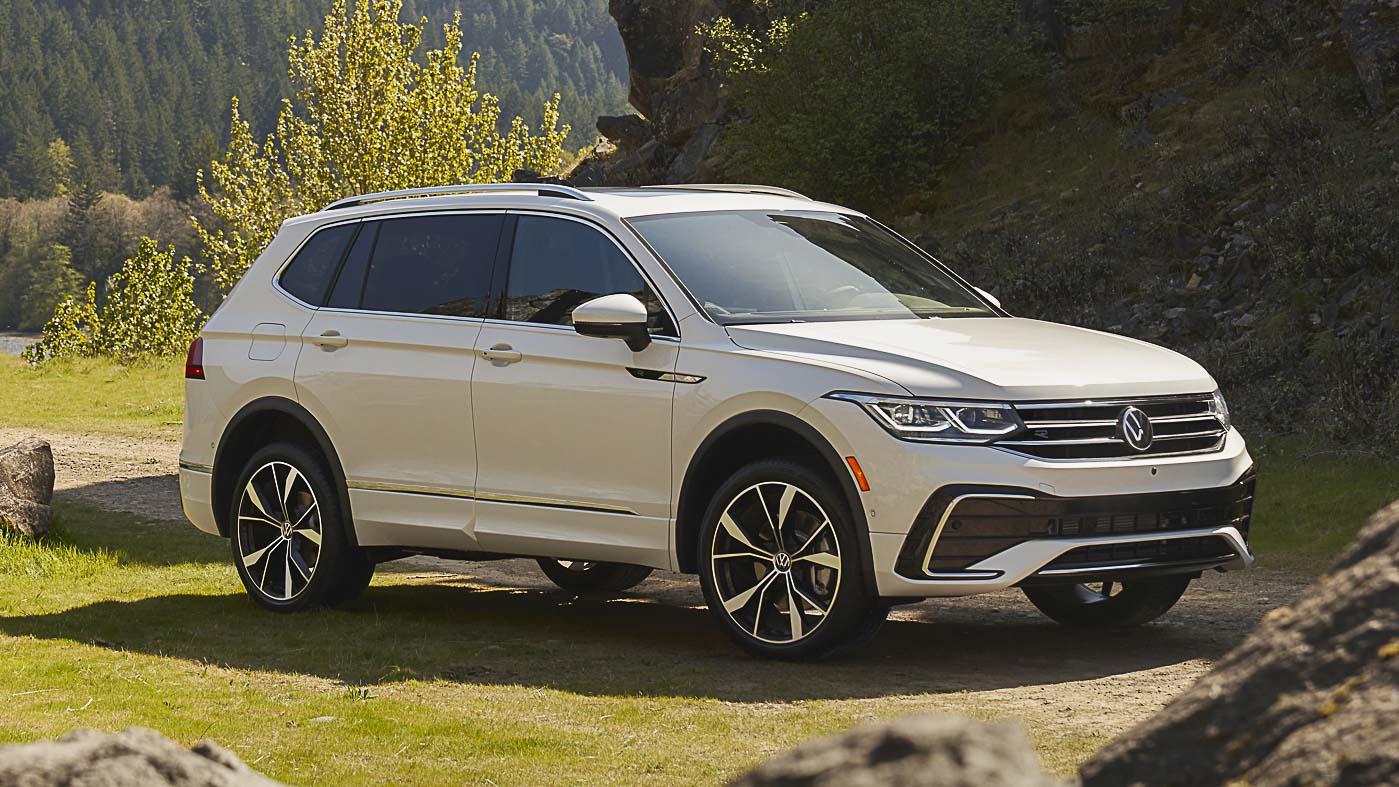 After releasing the preview sketch just over a year ago, Volkswagen has unveiled the Tiguan Allspace facelift with the US market premiering the new-look SUV, which is its best-seller.

The front end has been completely reworked, adopting almost everything from the 320 hp Tiguan R, which the styling language debuted on the latest eight-generation Volkswagen Golf. The LED headlamps are now slimmer with a double DRL signature lighting extending into the grille via a thin LED strip.

The new R-Line bumpers has its large C-shaped contours reprofiled, together with a sportier side skirt design and a refreshed “R” marking on the front fender. Newly designed rims will also follow according to the variant.

Newly centered “Tiguan” lettering on the tailgate matches Volkswagen family styling from the Arteon, the Passat and to the recently unveiled new Polo hatchback.

The graphics in the taillamps also get an update, with the pattern adopted from the facelifted Volkswagen Passat and are essentially the same units from the new Tiguan R. The horizontal reflector strip across the width of the rear is also carried over from the more powerful sibling.

In the US, the taillamps meanwhile are the standard units, which in fact are simpler than the full LED taillamps with sharper graphics that Volkswagen Passenger Cars Malaysia (VPCM) has specified since 2019.

Inside the new facelifted Volkswagen Tiguan Allspace, the company has fitted its latest generation of steering wheel, with the switches featuring touch-sensitive design and in piano-black finish. Similar technology is also used on the new-generation Climatronic air-conditioning control panel, where all dials and buttons have been replaced by touch-sensitive sliders.

Deliveries of the facelifted Volkswagen Tiguan Allspace in the US will only begin from the third quarter of this year.

The RM165,031 recently-updated Allspace Highline meanwhile has a smaller 1.4-litre TSI turbocharged engine with a 6-speed dual-clutch transmission. It produces 150 hp and 250 Nm to drive the front wheels.

A five-year unlimited-mileage warranty is also included in the price, alongside a three-year/45,000 km free maintenance package.

As part of VPCM’s Raya-Raya promotions, the Tiguan Allspace is currently being offered with a RM1,000 duit raya cash rebate, along with an additional RM3,500 in eShowroom savings. The Raya-Raya promotion runs from now until the 13th of June.