Home AutoBuzz.TV Video: Five mods you should do for your Nissan Serena! 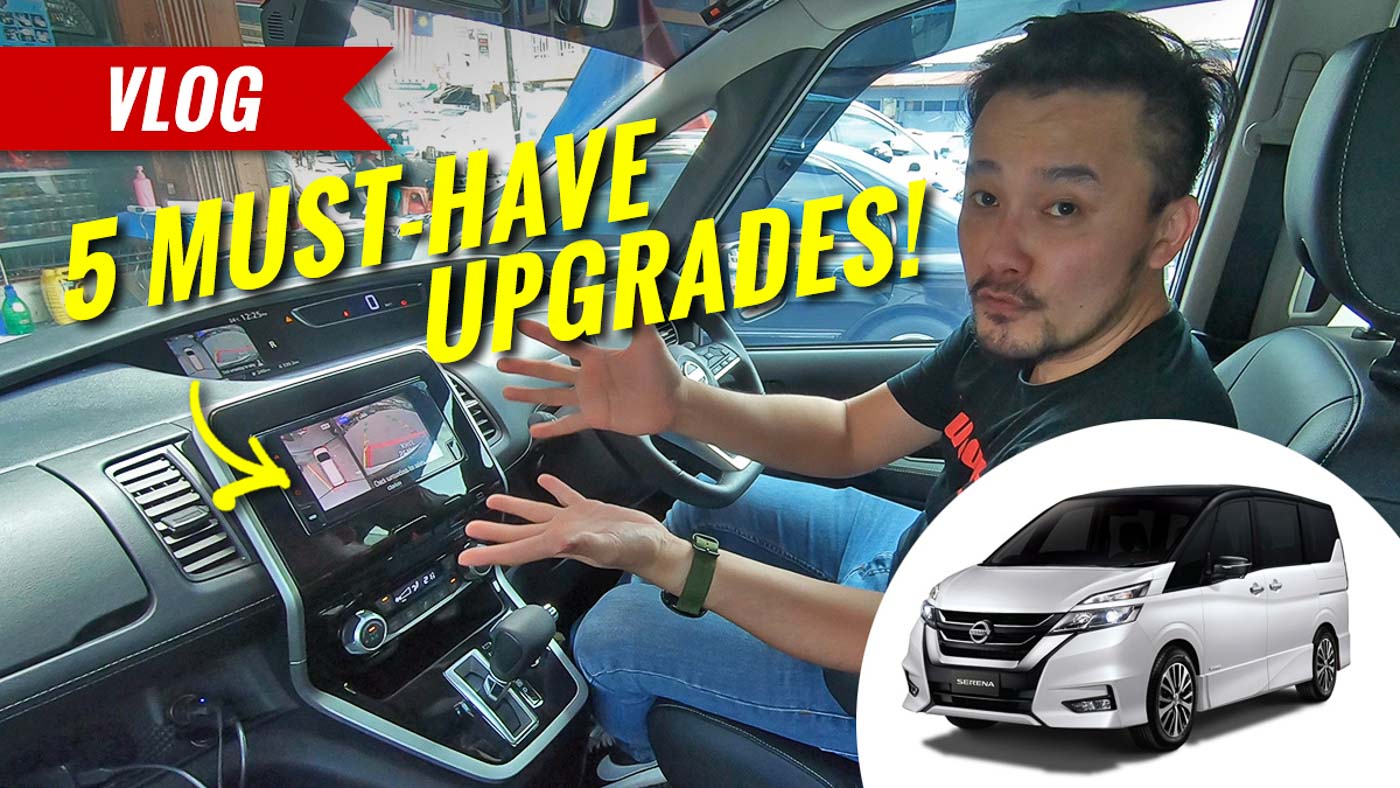 The Nissan Serena, in its segment and price point, is perhaps one of the most feature-complete car you can buy brand-new. Want a seven-seater people carrier at around RM130k? You really can’t go wrong with one of these – and that’s why our very own family-man “uncle” GC Mah owns one.

But as he pointed out in his review, there are just some things on the C27 Nissan Serena that really grinds your gears when you drive the car day in, day out. So in an attempt to save his hair (from being pulled out of frustration), GC Mah did what every car enthusiast would do… by having someone else fix it for him.

The first gripe on the list is the 360-degree surround view monitor, which for some reason, Nissan opted to display on a tiny screen placed about a mile away on the dashboard. With just a bit of electrical wiring, the display is mirrored onto the larger Clarion head unit on the centre console. Why didn’t Nissan just do this in the first place? We truly have no idea.

Next up, the steering wheel controls were swapped out with a new set of OEM ones, with media controls right where your hands should be while driving. Finally, no more fumbling about with the touch-sensitive volume buttons!

A new OBD2 (onboard diagnostics) reader enables the speed-activated door locks, auto-folding mirrors, along with a tyre pressure monitoring system in the existing on-board computer. And since he was already at the shop, GC Mah also swapped out the halogen daytime-running lights for some white LED ones, to give his family car a snazzier look.

So how much did all of this cost? Well, you’ll have to watch the video above to find out – all we’ll say now is that it’s definitely worth the amount of headaches you’ll save throughout your ownership, wink wink.