Home News A new Bumblebee has arrived, appearing as the Perodua Ativa! 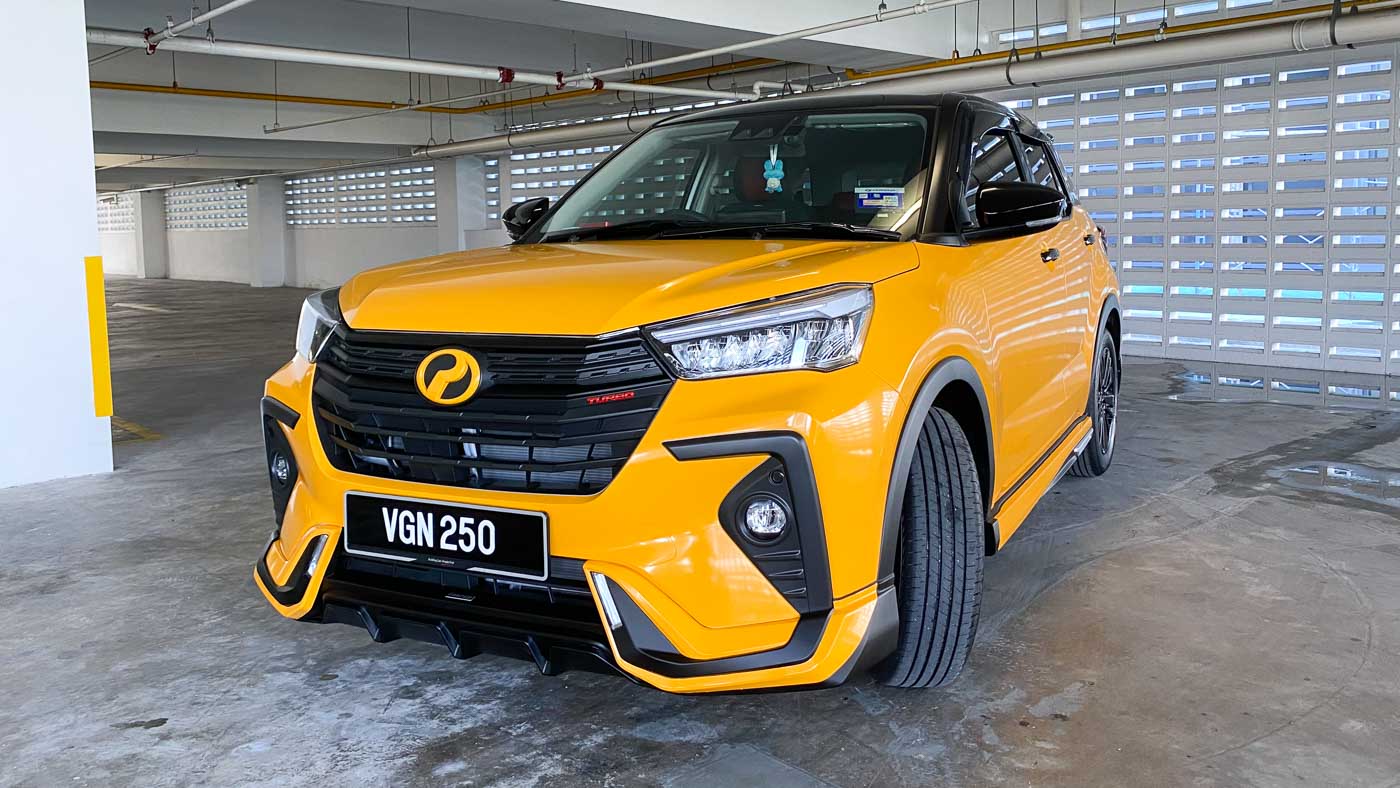 In good times or bad, when it comes to customising our cars, the heart wants what the heart wants. It wants it fast too; even if it’s just a week-old car, fresh out of the showroom.

The same is true with Nazreen, owner of this 1.0L Perodua Ativa AV. Not wanting to waste any time, the car was apparently sent for a wrap at Wrap360 in Glenmarie right after the handover.

We were actually surprised to hear that the car was booked in early April and promptly received in early May. The Ativa was also specified with the optional Gear Up Blaze body kit.

Honestly, it didn’t look very good when Perodua first presented it but with some tweaks by Wrap360, this thing actually looks pretty sick!

The chrome bits have also been darkened as part of the RM2.6k wrap, and the effects are dramatic, to say the least. You can’t even tell that it’s wearing the Gear Up kit!

Can you also tell that those are actually the Ativa’s original 17-inch rims? Cause it is! At first glance, we couldn’t tell them apart either!

In the spirit of D-I-Y, the wheels were blacked out by Nazreen himself; with spray paint, finished off with a clear coat. According to him, it only costs around RM50 to do it yourself as opposed to getting it done at the shop for RM400 – RM500.

It’s a task he claims was easy and helps reduce cost. Clearly, he hasn’t seen how clumsy most of us at AutoBuzz.my can be with a spray can. Kipidap Naz!

When asked if Nazreen has owned a Perodua before, he said that the Ativa was his second. The first was a 2014 Perodua Myvi 1.3 SE, of course it would be.

Since he has started a family, the extra space offered in the Ativa for baby strollers and baby seats was much welcomed. For a car just over RM70k, he thought the safety features offered were impressive too.

“To me it’s a value for money car. A really good car for a small family,” Nazreen said.

The only thing he wished was available in the Ativa, was Apple CarPlay; something we believe should by law, be made available in every car, alongside Android Auto!