Home News The Toyota GR Yaris ‘Rallye Edition’ is asking a 36% premium over... 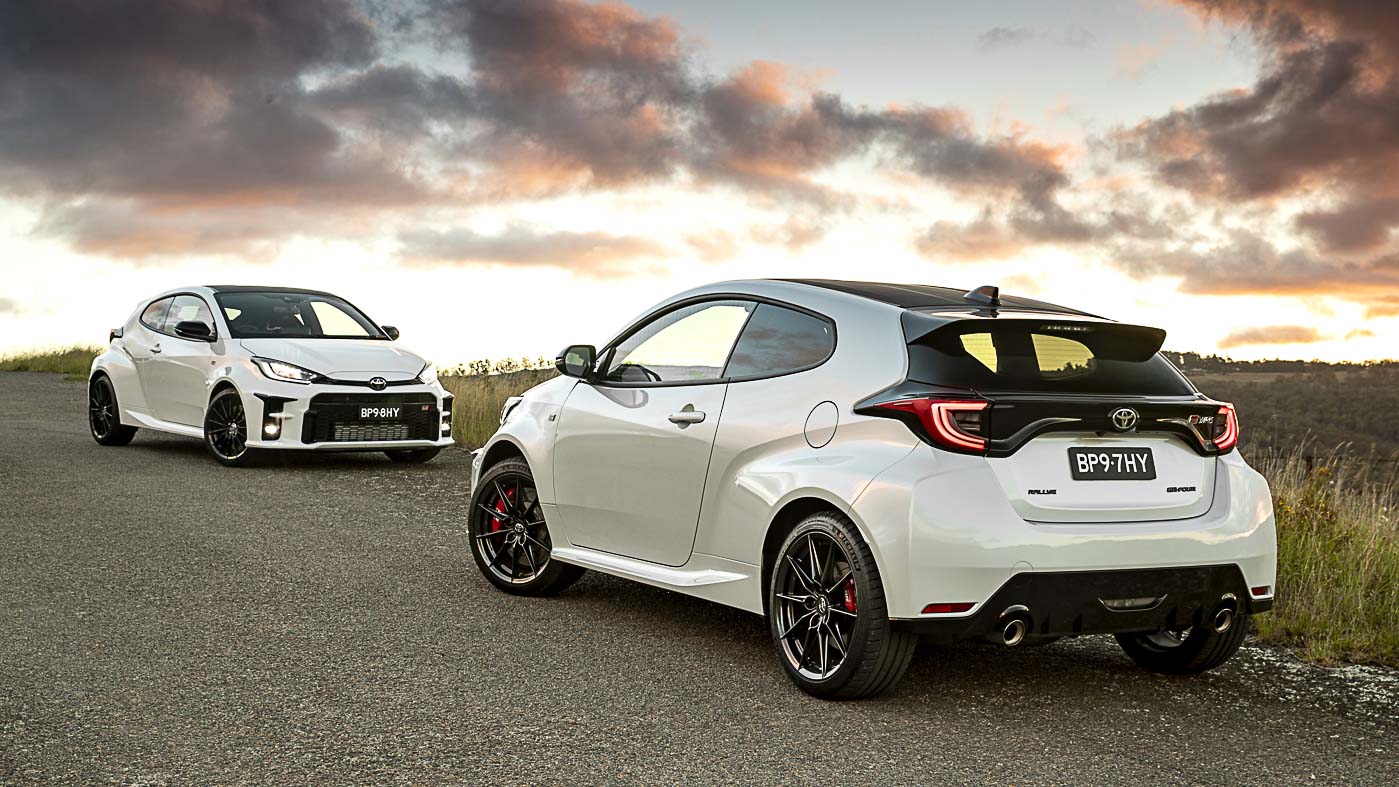 Toyota Australia was one of the first markets in the world to begin order-taking of the exhilarating GR Yaris hot-hatch back in September 2020. The first 1,000 units of the regular GR Yaris was snapped up within a week, thanks to an incredibly attractive price of AU$39,950 (RM120,000) which equated to a savings of nearly AU$10,000.

Demand for pocket rocket has not waned, as Toyota Australia has now officially launched the Australia-special GR Yaris Rallye Edition, which sees an on-the-road price tag of AU$54,500 (RM172,000).

So, what does the extra AU$14,500 (or AU$5,000 if one placed the booking today, as the current pricing for the regular GR Yaris is now AU$49,500) gets you in the Rallye Edition? Similar to the Performance Pack variant offered by UMW Toyota Motor (UMWT) priced at RM286,896, the GR Yaris Rallye replaces the Dunlop SP Sport Maxx tyres to higher grip Michelin Pilot Sport 4S tyres paired with lightweight BBS forged rims, the addition of Torsen limited-slip differential (LSD) on both axles, as well as circuit driving-oriented suspension tuning.

Cooling ducts are also punched into the front bumper to cool the disc brakes and red-painted calipers, a feature unique only to the GR Yaris Rallye / Performance Pack edition. The locally-requested black-painted ‘RALLYE’ badge is stucked on the tailgate, together with a uniquely numbered GR Yaris Rallye plaque placed at the centre console.

Buyers can only select the Platinum white pearl as their exterior paintwork with the carbon fibre roof left untouched.

Inside, the Rallye comes with an enhanced JBL 8-speaker audio system. No changes are made to the GR-branded front bucket seats, wrapped perforated Ultrasuede and highlighted by red stitching.

As for the powertrain, the Rallye edition maintains the same 272 hp / 370 Nm 1.6-litre single-scroll turbocharged three-cylinder petrol engine as the regular GR Yaris, propelling the hot-hatch from standstill to 100km/h in 5.2 seconds. These are higher outputs than the GR Yaris destined for Malaysia, with outputs of 261 hp / 360 Nm that slightly delays the century sprint time by 0.3 seconds to 5.5 seconds.

Also maintained from the regular GR Yaris is the GR-Four all-wheel drive system, with Normal, Sport and Track modes apportioning the same 60:40, 30:70 and 50:50 front-to-rear torque-split respectively.

While deliveries for Malaysia-bound Toyota GR Yaris Performance Pack have begun, buyers in Australia will need to be more patient, as those who place their order today will only get their cars next year. All good things come to those who wait, perhaps.

In Malaysia, the allocation of over one hundred units of Toyota GR Yaris Performance Pack has long ended. Apart from receiving one of the best hot-hatches made in recent memory, the first 65 lucky buyers from UMW Toyota Motor are also treated to a ‘Early Bird Package’ that consists of an exclusive helmet bag, a GR Yaris scale model and participation in a GR Yaris Driving Experience in 2021 to learn to enjoy the GR Yaris to the fullest.

In total, only 25,000 units of this homologation-special will be made at the GR Factory inside the Motomachi plant in Aichi, Japan. There is also no official breakdown of the split between Performance Pack / Rallye Edition and the regular GR Yaris.