Home News Based on history and logic, the all-new Hyundai Elantra is most certainly... The all-new Hyundai Elantra is supposedly coming to Malaysia soon, if Hyundai Malaysia’s post on Facebook is anything to go by. The C-segment sedan will be the latest addition to the Hyundai Sime Darby Motor’s (HSDM) line-up, following the launch of the Hyundai Kona and Sonata – both of which also received their own “teaser” on Facebook before their launch.

Aside from the usual PR quotes though, nothing else has been revealed by the company – including the ballpark price figure which the company did reveal through the Facebook teaser for the Sonata. With the sales tax exemption period quickly coming to an end, it’s unclear if the Hyundai Elantra will be launched – or delivered – by the end of the year.

The all-new Hyundai Elantra is perhaps the most exciting C-segment sedan in recent times, largely thanks to its new controversial “sensuous sportiness” design language. The gratuitous use of parametric shapes and sharp lines resulted in a car that’s really unlike anything we’ve ever seen before.

Compared to the outgoing model, the all-new Elantra also takes on a more coupe-like silhouette, paired with a wider stance and lower roofline (-20 mm). In terms of dimensions, the new C-segment sedan has grown in almost every aspect; its body widened by 25 mm at 1,826 mm, while the length is stretched by a whopping 56 mm at 4,676 mm. Wheelbase has also increased to 2,720 mm (+20 mm).

Globally, the all-new Hyundai Elantra is available with a handful of powertrain options, including a 2.0-litre MPI engine that’s good for 147 hp and 179 Nm paired to a CVT gearbox, as well as a Hybrid option powered powered by a 1.6-litre four-cylinder engine and an electric motor, making a combined system output of 139 hp and 264 Nm of torque, paired to a six-speed dual-clutch transmission.

It’s unclear at the time of writing which powertrain options will make its way into our country – but if we had to guess, we are expecting the 2.0-litre MPI engine to form the base variant, while the range-topping variant will see a 1.6-litre turbocharged engine (sans electrification) underneath its bonnet, much like the recently-launched Kona.

Just like the aforementioned SUV, we are also expecting the all-new Hyundai Elantra to be fully-imported from South Korea, though the definite answer will only come when the car is launched here in Malaysia.

HSDM’s strategy in this department is slightly confusing, seeing that the lower-priced Hyundai Kona is equipped with the SmartSense ADAS suite, but the higher-end Sonata is not – most probably due to pricing concerns.

It remains to be seen if these features will make its way onto our Malaysian-spec Hyundai Elantra, though it will be a feature hard to ignore seeing that the best-selling C-segment sedan in the country – the Honda Civic – does come with ADAS features on the range-topping model.

One thing’s for certain though: we will find out more about the car nearer to the launch date. But for now, any personal wishlists for the all-new Hyundai Elantra in Malaysia? For us, we’re hoping that the Elantra N Line will also make its debut here, but it doesn’t take a genius to know that chances for that are probably slim to none. 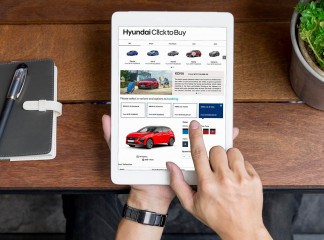 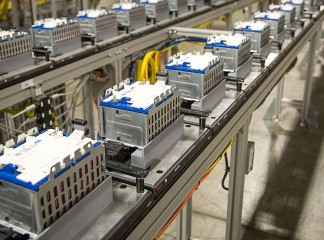