Home Features The history and evolution of the Proton badge 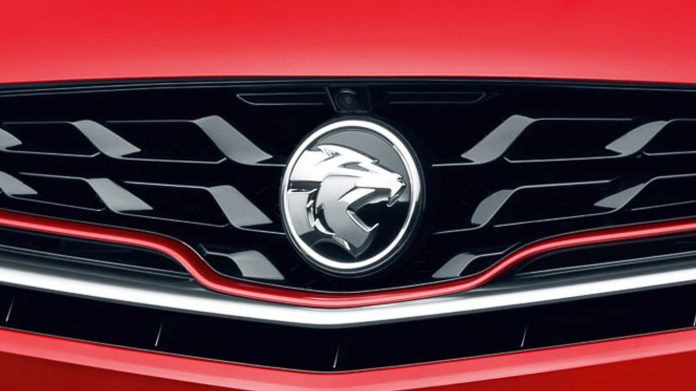 It has been 35 years since the first Proton Saga rolled off the production line at Proton’s Shah Alam assembly plant in 1985. They were a relatively young automotive company at the time compared to the likes of BMW or Mitsubishi who have had over 100 years of automotive presence between them.

Unlike these old-timers, whose logo has remained unchanged at their core for the past century, Proton’s badge has gone through six different iterations throughout its relatively short 35-year life span. If you have trouble keeping up, you are not alone!

While emblem design changes are common amongst carmakers, the changes are usually very subtle with Rolls-Royce and Volkswagen being one the most recent carmakers to undergo a rebranding exercise. Proton’s emblem design evolution on the other hand, is less subtle in comparison; staying true to the Harimau Malaya spirit and identity!

The Proton Saga was the pride of the nation when it was first unveiled by Tun Dr. Mahathir Mohamad back in 1985; therefore it was befitting that the Saga’s emblem contained elements of our national flag. The first Proton badge showcased featured the 14-pointed star and a crescent both in yellow, a dark blue background, housed in a silver shield. Each element in the logo carried the same meaning as the ones found in the Jalur Gemilang.

The unveiling of the Proton Wira in 1993 saw the introduction of a subtly revised Proton logo. Gone was the diamond-shaped shield as it was replaced with more tapered and rounded edges while retaining the original elements of the original Proton emblem. The new design certainly gave the reworked badge a more sophisticated look. The same logo was subsequently adopted in the Proton Iswara, Putra, Satria, Tiara and the Perdana.

In the year 2000, Proton welcomed the new millennium with the introduction of the then highly-anticipated Proton Waja. The locally developed Waja also brought about the most dramatic change yet in Proton’s emblem design. It featured a yellow tiger on a green roundel embossed on a dark blue shield. This also marks the end of the symbolic star and crescent symbols. The new design was featured on both local and export car markets – the Harimau Malaya was ready to pounce and take on the world!

In 2008, Proton gave its emblem somewhat of a “facelift”. The general design remains essentially the same with only a change in colour. Proton decided to shift towards a monochromatic colour theme, giving it a more modern and sophisticated look. Imagine the Harimau Malaya now all suited up and ready for the modern world. The first Proton model to wear the “facelifted” emblem was the Proton Saga BLM.

Proton revised its emblem design again in 2016; this time removing the word “Proton’ from the badge itself. The Harimau Malaya emblem is now enlarged and sports a 3D design effect – giving it a chiseled face and a hint of sophistication which befits the stature that Proton has grown to be.

Clearly, it was as if our Harimau Malaya had spent time at the gym! The new Proton badge was first seen on the new Perdana up to the beginning of the Geely-era, through the CBU Proton X70.

Since Geely’s involvement in 2017, the company’s entire organisation has gone through a thorough overhaul. No stone was left unturned in the pursuit of making Proton great again. Therefore, it would only seem logical to have a refreshed corporate identity to signify the new age of Proton.

In 2019, Proton released the Harimau Malaya “from its cage”! The tiger emblem is no longer housed in a shield and is looking more mature and muscular. The first model to sport the latest Proton badge was the CKD version of the Proton X70 and it will also be featured on the highly-anticipated Proton X50.

Besides its emblem design evolution, Proton has also gone through design and technological evolution since its inception 35 years ago. Having owned Proton cars from four out of the six eras of emblem evolution, Proton has no doubt been a significant part of my life growing up and I’m sure I speak for a lot of Malaysians when I say that Proton is basically part of our family.

Malaysians may have mixed feelings of frustration, joy, disappointment, and excitement throughout their Proton ownership, but such is the dynamics in a family and I am proud to be a part of Proton’s evolution.

*This article was written by a contributor of AutoBuzz. Let us know what you think and if you’d like to see more of these from him, let us know!