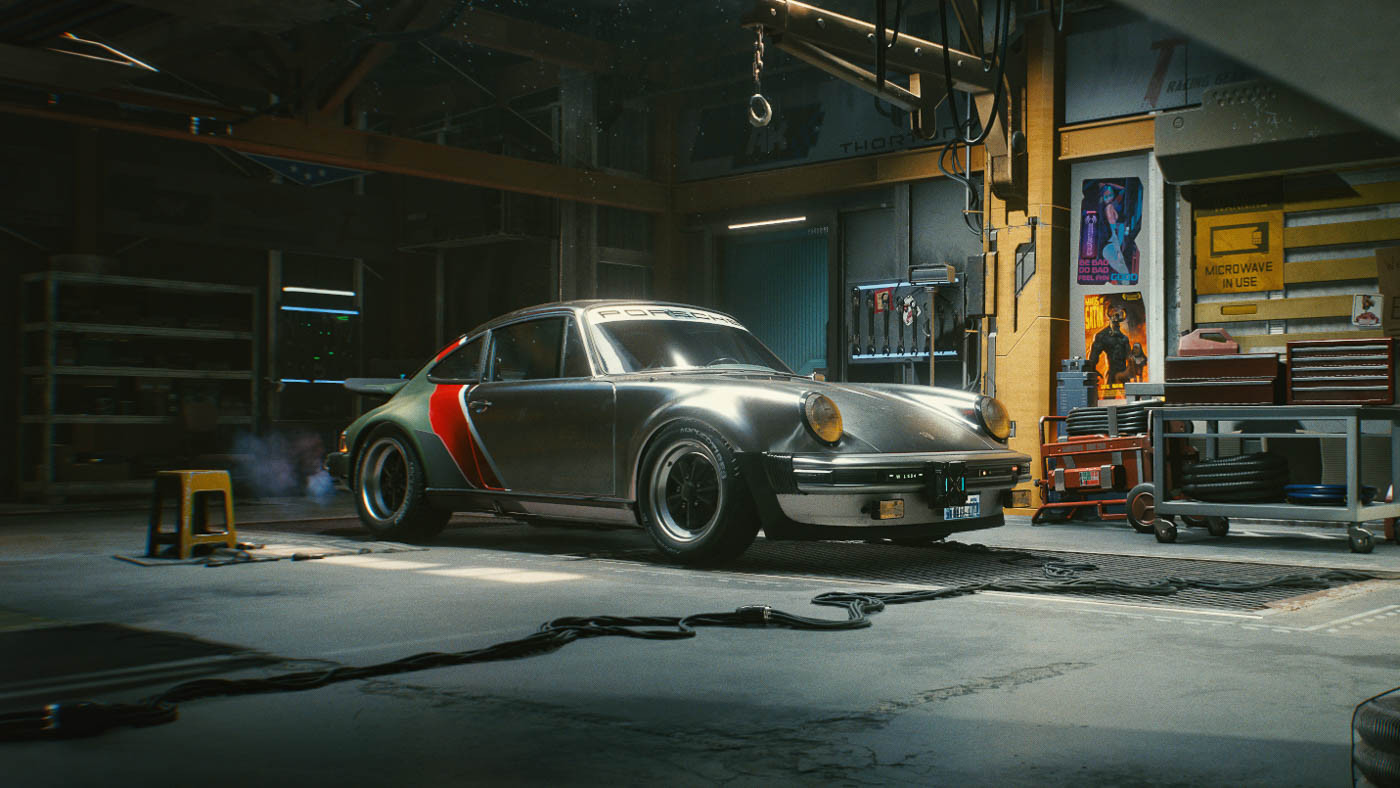 We’re big fans of old school Porsche 911s here at AutoBuzz.my, specifically the 930 911 Turbo – that’s why we made this shirt. But hearing a bunch of automotive hacks ragging on about how the original design influenced all future Porsche 911s is not only boring, but also holds no weight at all.

For a true testament of the timeless design that is the Porsche 930, the developers of Cyberpunk 2077 – a sci-fi game that takes place in a dystopian city in the year 2077 – specifically chose it as the main character’s method of transportation, proving that the two door sports car will still look good 57 years from now.

In case you’re unaware, the 930 911 Turbo will be more than a 100 years old in the game’s setting. For context, Johnny Silverhand (the main character who’s played by Keanu Reaves, by the way) driving the Porsche 911 Turbo in 2077 will be almost equivalent to us driving a Ford Model T day-in, day-out today. Just think about that.

According to developer CD Projekt Red, the car has been “painstakingly recreated” in the game, using sketches, photographs, and photogrammetry. The result is almost a 1:1 virtual copy of the car, and the best part is that it will be completely drivable in game.

Of course, it’s 2077 after all, so several ‘modifications’ have been made to the 100-year-old Porsche for it to fit in believably with the other cars in the futuristic city. The wing mirrors have been replaced with cameras, and there’s also a lidar sensor attached to the front. There’s also some sort of sensors around the car to make it identifiable from above – as the police in 2077 will apparently be using air vehicles.

Other than that though, the car has been left pretty much as-is – except that there’s no gear shifter when you take a peek inside. According to Cyberpunk 2077 Senior Vehicle Artist Jakub Przybolewski, that’s because the Porsche’s manual gearbox has been fitted with a controller to have it change gears automatically, so that “the classic can also drive on the streets of Night City in autonomous mode”.

While they’re at it, the engine of the Cyberpunk 911 Turbo – also recreated 1:1 – have also been modified slightly with only the necessary parts to enable it to run on biofuel, along with a custom exhaust system at the rear.

In addition to recreating the car in Cyberpunk 2077, Porsche has also made a replica of it in real life, which will be on display outside the Porsche Museum in Stuttgart from October 15 to October 22. For us less-lucky folks who are not based in Germany, we’ll have to wait for the game launch on November 19th to check out the car.