Home AutoBuzz.TV Video: First impressions of the 2020 Proton X70, how well does it... Proton has just launched the new locally-assembled X70, but a few days prior to the launch, we had the opportunity to drive the new car all the way to Kuantan for an exclusive media first drive.

How does the new seven-speed dual-clutch transmission drive, and how does the locally-assembled Proton X70 match up to the imported unit in terms of quality? Watch the video below to find out!

Proton says that the new seven-speed DCT has been tuned specifically to Malaysian drivers, roads, and weather, with a focus on smoothness and efficiency.

As such, the official quoted fuel consumption figure is now down by 13%, to 7.5 l/100km. Paired with the updated third-generation 1.8-litre turbocharged engine with 181 hp and 300 Nm of torque output, the century sprint times have also been dropped by 1 second to 9.5 seconds.

Even though the 2020 Proton X70 is locally assembled here in Proton’s expanded Tanjung Malim plant, the build quality for both the interior and exterior is still top-notch.

In terms of materials, you can barely notice a difference with its predecessor, even if you’re jumping directly between them!

The 2020 Proton X70 is available in four variants, with prices starting at RM94,800 for the Standard 2WD variant. For more details on the locally-assembled X70, be sure to check out our full write-up. 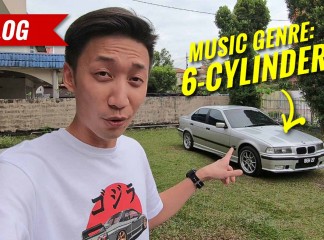