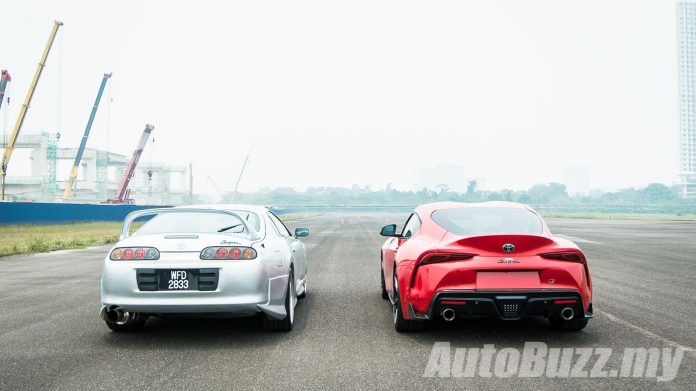 TRD, which stands for Toyota Racing Development, is a in-house tuning shop for Toyota and Lexus. In its over 40 years of history, the performance division has helped develop some pretty special cars, and achieved success in a diverse range of motorsports.

However, in recent years Toyota has slowly rolled out its new Gazoo Racing brand, which has become the brand’s new poster child with the release of the GR Supra and GR Yaris. You can see how this gets confusing pretty fast.

Speaking to Automobile Magazine, Toyota North America’s group vice -president of marketing, Ed Laukes said that there is plenty of space for the two brands to co-exist… in the United States at least.

“In the end, TRD and GR can coexist. TRD has a long lineage with the trucks that we sell . . . and the American consumer likes the TRD brand and it has some strong heritage in North America,” said Laukes.

As the only major brand in the USA to have two distinct performance division, Toyota will have to work to separate the two brands if they want this strategy to work, notes Automobile Magazine.

Perhaps, TRD can remain as the tuning shop to work on existing Toyota cars, while the GR brand develops new bespoke vehicles for outright performance in mind. Either way, we’re excited about this new direction that Toyota is heading towards globally.

Locally, the TRD brand has not made significant headways into Malaysian consumer’s hearts, but UMW Toyota has been actively trying to build the reputation for the Gazoo Racing brand, with the introduction of the GR Garage, the reborn GR Supra, as well as the Gazoo Racing Festival, now in its third season.