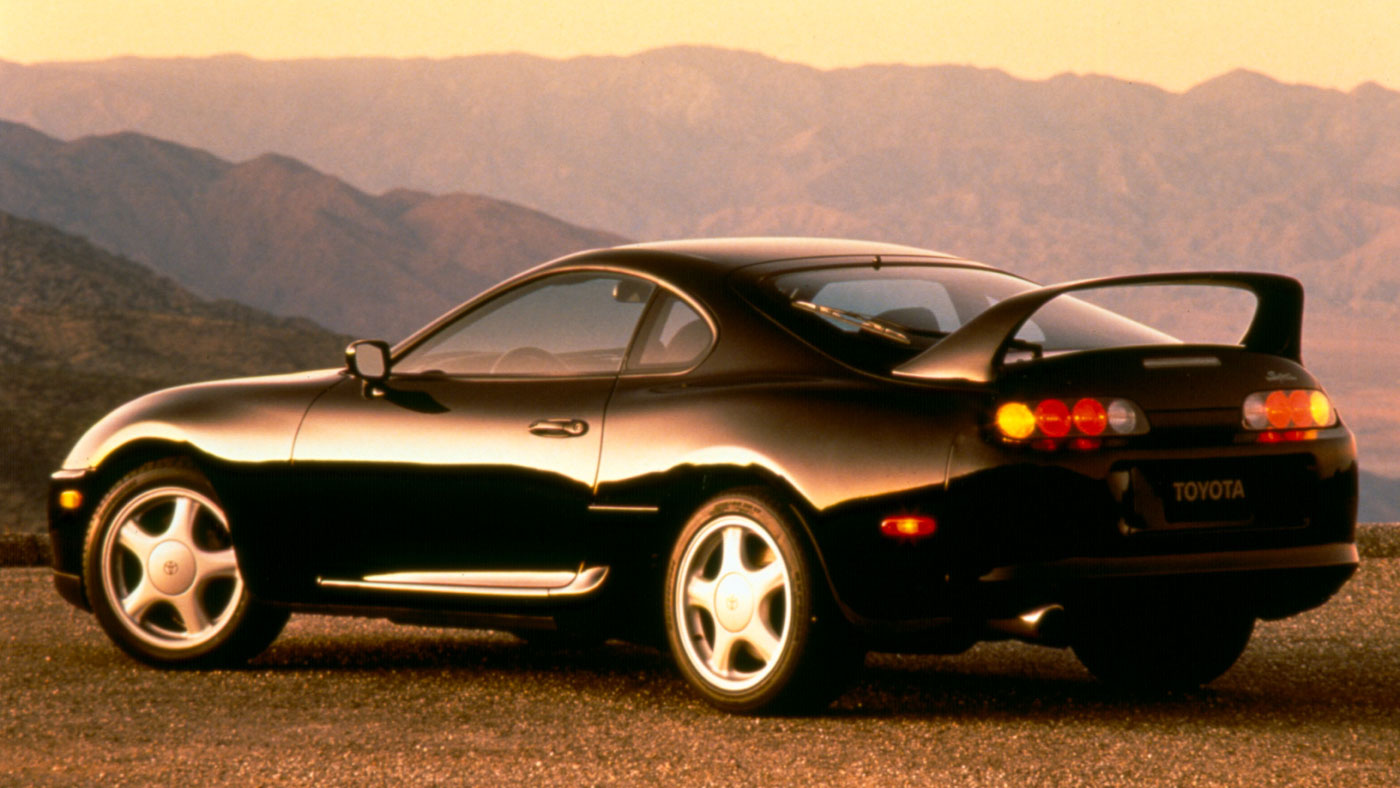 In the 1970s, many car manufacturers started toying with the idea of compact and affordable sports cars, such as the legendary Datsun 240Z. Toyota, being one of the main competitor to Datsun, had to build something to compete with the increasingly popular sports car. Behold the beginning of a cult following, the Toyota Supra.

While the word supra means “to surpass” or “go beyond” in Latin, we thought it’d be right to look back into the Supra’s decorated history before we dwell on the new – you can’t know where you’re going until you know where you’ve been.

Toyota released the Toyota Celica Supra in 1978. You should be able to tell just by the name: The original Supra shares the same chassis with the Celica liftback. By extending the wheelbase by 129.5 mm, Toyota managed to fit a 123 hp 2.0-litre inline-six engine into the small chassis.  This was also how the Supra got its classic extended bonnet shape.

The inline-six engine in the Supra was Toyota’s first production engine with electronic fuel injection. A five-speed manual transmission came as standard, but buyers can opt for a 4-speed auto if they preferred.

You might have noticed the A40 chassis code given to the Supra — The Supra can also trace its roots to the 2000GT – owing to the inline-six engine used, therefore sharing the same A chassis code as the 2000GT as well as the Toyota Crown.

Toyota saw enough demand to give the Supra a complete redesign in 1981. Like the first model, the A60 was also based on the Celica. However, Toyota gave the Supra a uniquely new rear suspension design – moving away from the live rear axle on the Celica to an independent semi-trailing arm set-up.

Toyota even had the suspension design and set-up done by the masterminds at Lotus. The handling of the A60 was so good that it helped snag Car and Driver Magazine’s 10Best Cars award, twice in a row.

The engine was up-sized to a 2.8-litre twin-cam engine, pushing out 145 hp and 210 Nm of torque. The engine upgrade gave the Supra a century run time of 9.8 seconds — pretty decent at that time.

It was also this generation that Toyota introduced forced-induction to the Supra line-up; offering an optional 2.0-litre turbocharged M-TEU engine. However this engine was only available to the Japanese market.

When 1986 rolled around, Toyota decided to cut the bond completely between the Supra and Celica. The smaller four cylinder Celica went on to become a front-wheel drive car, while the Supra remained rear-wheel driven.

Mechanically, the Supra is now related to the Toyota Soarer in the Japanese market (which later went on to become the Lexus SC internationally). Initially introduced with a naturally-aspirated engine, Toyota decided to fit a turbocharger to the 3.0-litre inline-six engine, resulting in a power output of 232 hp and 344 Nm of torque. The new turbocharged Supra is also available internationally, as compared to the second generation car.

The fourth generation of the Toyota Supra is what went on to win the hearts of every car enthusiast. On its fourth iteration, Toyota has opted to emphasise the Supra as a more serious high-performance car.

While the standard Supra made do with “just” 223 hp and 431 Nm from its inline-six, Toyota also equipped the A80 with the legendary 2JZ-GTE engine, bringing power output up to 325 hp and 427 Nm of torque thanks to the dual turbochargers. It’s a legendary engine for a reason — in the hands of the right tuners, it’s common to see these engines pumping out more than 1000 ponies.

Styling wise, the swooping and rounded design is unlike anything that we’ve seen before it. The design team for the A80 Toyota Supra actually started working on the design of the car since 1989 – four years before the actual production of the Supra started.

Although highly in demand by car enthusiasts, the A80 Supra has seen declining sales due to the general lack of interest in sports coupes especially in the United States. The rise in the Japanese Yen has also pushed the price of the Supra out of many car enthusiast’s reach. Toyota USA stopped sales of the A80 Supra in 1998, and production of the Supra in Japan ceased in August 2002.

However, the Supra has already sealed its position in the heart of car enthusiast and car “modders”. With it being featured prominently in Hollywood blockbuster The Fast And The Furious as well as many video games such as Initial D, Wangan Midnight, Need For Speed and many more, the Supra also cemented itself in the minds of the younger generation.

After almost 20 years, Toyota has finally taken the wraps off the long-awaited fifth generation Toyota Supra at the 2019 North American International Auto Show.

Although being called the A90 for marketing purposes, the 2020 Toyota Supra actually has a chassis code of J29. Why the change? Well, Toyota actually designed the latest Supra in collaboration with BMW, based on the BMW Z4.

Taking the expertise of BMW’s chassis design, Toyota implemented their own touches in the areas of suspension tuning and many other aspects.

The engine powering the latest Supra is also sourced from BMW, with two options: a 2.0-litre inline-four turbocharged engine, or a 3.0-litre inline-six turbocharged mill. The 3.0-litre turbocharged Supra pushes 340 hp and 500 Nm of torque to its rear wheels through a 8-speed ZF automatic gearbox. Currently, no manual option is offered to the disappointment of many enthusiasts, however the ZF gearbox shifts so quickly that you wouldn’t be able to tell that it’s automatic gearbox and not a dual clutch transmission.

The noise of the Supra is also quite something – an area which Toyota had a hand in tuning. With a 0 to 100 km/h time of 4.3 seconds though, it certainly goes as fast as it looks with plenty of promises to deliver.

With the Toyota Supra already being delivered to customers internationally, we can only expect it to come to our shores pretty soon, as UMW Toyota (UMWT) announced previously. Watch this space closely..