At the opening of the New York International Auto Show, Jaguar Land Rover was also awarded, for the very first time, the World Green Car award for the Jaguar I-PACE.

Winning the 2019 World Car Design of the Year award also means the Jaguar I-PACE now has four of those titles under its belt.

The Jaguar I-PACE was shortlisted from an initial pool of 40 cars from all over the world and emerged victorious ahead of two other finalists – the Audi e-tron and the Volvo S60/V60 – for the 2019 World Car of the Year Award.

Here’s the full list of winners from all the categories:

The annual World Car Awards has now entered its 15th year since its inauguration in 2003 and has been the No.1 awards programme in the world for six consecutive years.

It’s administered by a non-profit organisation comprising of members of management and a group of prominent automotive journalist from Europe, North America and Asia. Well, it’s a lie – cause AutoBuzz.my wasn’t called up for it. 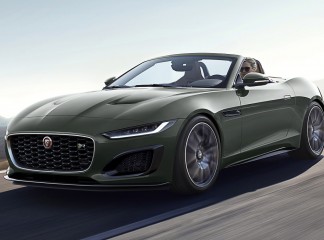