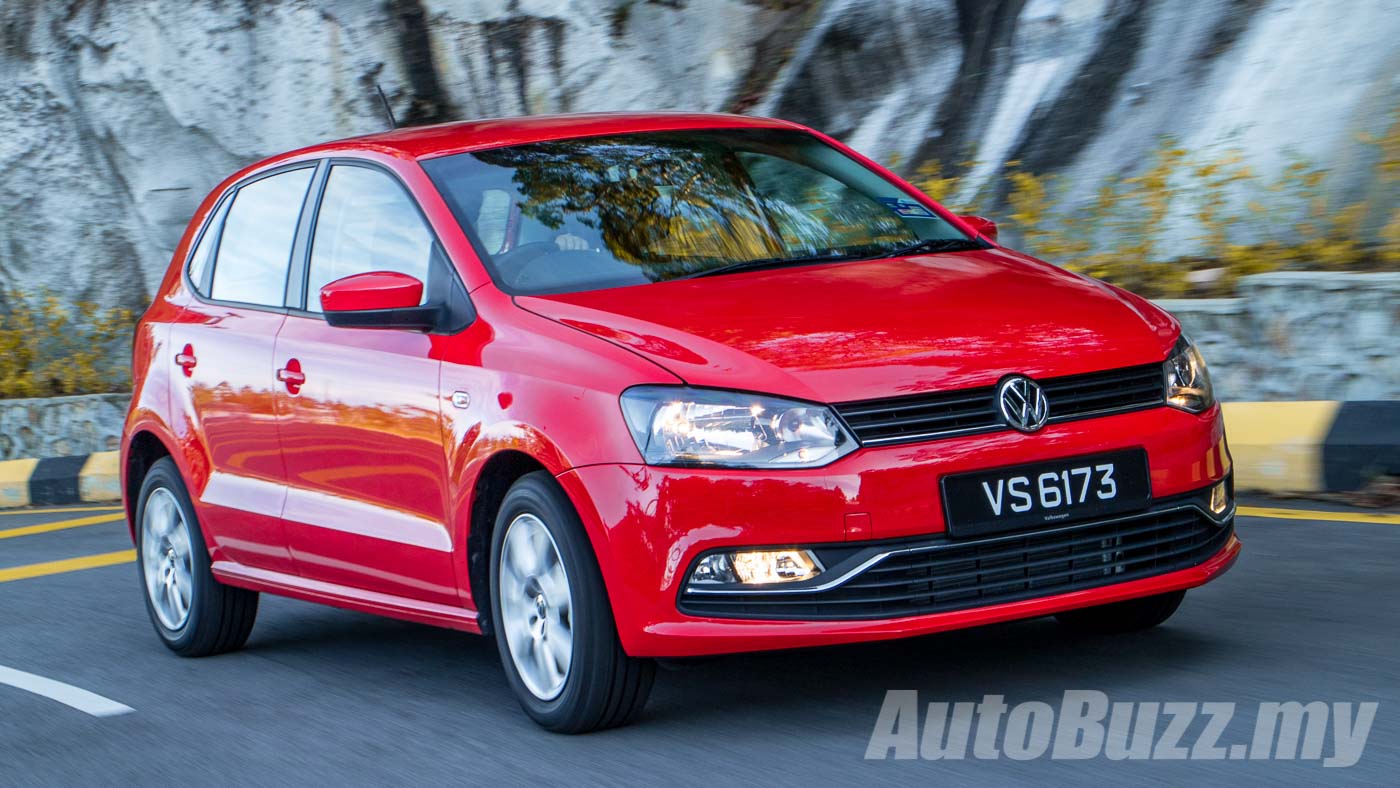 I remember when the Volkswagen Polo TSI was first introduced to our market back in 2010. It carried a price tag north of RM110k and was honestly outrageous to think that people would pay C-segment money for a B-segment hatchback. But still, it found ways to many Malaysian homes.

Perhaps it’s the attractive price tag for a German car, or maybe the turbocharged engine and dual clutch allure, or perhaps even the Volkswagen badge (bear in mind this was seven years back, long before the dieselgate scandal took place). The Polo then was quite the entry level model to the Volkswagen family, that is until the locally assembled Polo 1.6 MPI was introduced.

Today, Volkswagen Malaysia has done away the complicated TSI and DSG combo, came down from its high horse and repackaged the Polo to be a true wallet-friendly car. Retailing at RM69,888, the Polo 1.6 MPI is the cheapest Volkswagen on sale and it goes up directly against the likes of the Honda Jazz, Mazda2 and Ford Fiesta.

The question now is, is the cheapest Volkswagen still a real Volkswagen? Here are five things I love about the Polo 1.6 MPI that proves that it is.

B-segment hatchbacks are generally popular for its small footprint and manoeuvrability, especially for urban commuting. However, city driving does no justice for the incredibly muted cabin of the Polo, because highway cruising is where it truly shines.

Thanks to generous use of sound deadening materials (you can find felt linings around the doors on just about every other VW car), highway cruising is very relaxed as wind and road noise are kept at minimal. Inf act, I dare say the Polo has best in class cabin insulation and easily puts many other cars above its segment to shame.

Powering the Polo hatchback is a conventional 1.6-litre four-cylinder multi-point injection (MPI) engine that delivers 104 hp and 153 Nm of torque. Drive is sent to the front wheels via a six-speed torque converter.

From the word go, the powertrain feels eager and linear in delivery. I find it just peppy enough for city driving, and the gear ratios make overtaking rather pleasant on the freeways. In “D”, the gearbox optimises shift times to arrive at the highest gear as quickly as possible to conserve fuel and achieve the acclaimed 6.3 litres per 100 km.

In “S” or Sport, the transmission gets a newfound sense of eagerness, keeping revs close to the 6,000 rpm redline, perfect for your weekend B-road blast. While the conventional powertrain does not come close to the performance of the sophisticated TSI and DSG powertrain, the silver lining is that the MPI and six-speed auto should, in theory at least, outlast the turbo and dual clutch combo.

Underpinning the Polo is Volkswagen Group’s PQ25 platform developed for superminis – P stands for passenger car, Q refers to a transverse engine layout, 2 refers to the platform size and 5 refers to the generation. Being part of the VW group means this sub RM70k supermini shares the same platform as the mighty Audi A1. Yes, the RM180k Audi A1.

I had a hard time trying to unsettle the car, which speaks volumes of its chassis. Regaining control of the Polo in the event of an oversteer or understeer is rather easy (if you don’t panic, that is), and even under emergency evasive manoeuvres, the car still maintained its composure without much drama. Bear in mind that this is achieved without the intervention of Electronic Stability Control.

Doing J-turns and handbrake turns in the Polo without losing control is right up to the Polo’s ally. GC had an exciting stint with the Polo back in 2014, so be sure to read what he thought about sliding the Polo around. Or better yet, watch the video!

Balancing between agility and damping is a dark art and I have reasons to believe that the engineers who worked on the Polo are wizards. Hustling along the less-than-ideal roads of Klang Valley, the Polo absorbs most undulations without breaking a sweat.

Despite its decent suspension travel and plush ride quality, it remains well planted around twisty courses. Body roll is kept at a minimum and steering feedback gives you the required confidence to take corners when you’re up at speed. Okay, the comfort-ish 185/60 Goodyear rubbers do squeal in protest at times, but the Polo maintained its composure well. As goes without saying, a set of high performance rubbers will bring out the best of the Polo’s handling capabilities.

Despite many other makes offering much more bells and whistles like keyless entry, automatic folding mirrors and some even 360-degree surround camera (why on earth); no one tops the Germans in terms of attention to details.

It’s the little things like speed sensing auto-lock, a feature not found on most Japanese makes because in the event of a collision, those models are unable to automatically unlock all four doors like the Polo. They even have a fancy technical name for it – Intelligent Crash Response System (ICRS).

Auto up and down for all four windows is also standard on the Polo, something very insignificant but takes convenience and premium-ness to another level. To put things into perspective, the Honda Accord only has auto up and down for the front two windows. To further impress your friends, the Polo comes with a neat party trick that remotely opens and closes the windows by holding down the Lock or Unlock button on the key fob. Try it yourself.

There is much to like about the Polo, but unfortunately it has a tough time going against rivals that are better looking and come with more creature comforts and safety features. With its relatively high price tag, the Polo struggles to convince shoppers to look its way.

It’s a shame really. For what it’s worth, the Polo is a cornerstone in the Volkswagen model line-up, helping the German marque bag numerous prestigious awards including 2010 European Car of the Year, 2010 World Car of the Year and 2010 and 2011 Japan Import Car of the Year.

With the strengthening brand presence here in Malaysia and VPCM’s commitment to offer strong after sales support through 5-Years Warranty and 5-Years Roadside Assistance packages, perhaps the Polo deserves your showroom visit. It even comes with a sportier ALLSTAR body kit.

Service intervals for the Polo is scheduled at every 15,000 km. VPCM is also conducting a “Polo P” Young Drivers Training Programme with the Polo.