Based on the theme “Yesterday, Today and Tomorrow”, Ford is showcasing its “Yesterday’s” 1928 Ford classic Model A, “Today’s” iconic Ford Mustang Shelby GT500, and “Tomorrow’s” Ford Fusion Hybrid in one of the biggest booths in KLIMS 2013.

The focus at this year’s motor show are the 2 new cars that will be coming next year, the fun Fiesta EcoBoost and the new SUV, EcoSport.

The Ford Fiesta has been labeled as a fun car to drive by many, and it is gaining popularity in Malaysia. With the recently launched new Fiesta here, Ford expands the Fiesta variant with this award winning 1.0L EcoBoost in Malaysia.

The EcoBoost engine’s purpose is to offer best in class fuel economy while producing the power of a bigger engine. By combining turbocharging, direct fuel injection and variable valve timing, this little 1.0L engine can be as powerful as a 1.6L engine and uses 21 percent less fuel. This powertrain can generate 125 PS of power and peak torque of 170 Nm. This is 2013 International Engine of the Year for the second consecutive year.

The Ford Ford Fiesta EcoBoost was unveiled on the Press Preview day at KLIMS 2013 as a preview as the launch is said to be in the first quarter of 2014. Ford has started taking orders with the estimated price from RM96,000 to RM99,000.

The American automaker represented by Sime Darby Auto ConneXion has also brought in the all-new urban SUV into Malaysia, the Ford EcoSport. Here’s how Ford describe it as, “At first glance, the distinctive and aerodynamic all-new Ford EcoSport looks like it’s ready to pounce. A wide hood sweeps into sculpted bodylines, conveying a dynamic spirit of energy in motion. Slim headlamps frame a high-mounted trapezoidal grille, giving the compact SUV a signature Ford face.” How exciting!

The first generation EcoSport was introduced in 2003 at its birthplace in South America. Since then, more than 700,000 units have been sold. This new EcoSport that has just been unveiled at KLIMS 2013 is the second generation and Ford plans to offer it in 100 markets globally, including here in Malaysia entering into the B-segment.

The urban SUV is powered by the same engine as the new Fiesta, a 1.5L Ti-VCT engine with 112PS of power and 140Nm of torque. Its Ti-VCT engine offers improved low-speed torque and increased fuel economy. The twin independent variable camshaft timing technology (Ti-VCT) allows extremely precise, variable control of “valve overlap” (the window of time in which both the intake and exhaust vales in an engine are open at the same time).

When it comes to urban SUV, space is one of the key features. The cabin is said to have been maximized for more headroom and knee room for driver and passengers. For additional cargo space, rear seats can be folded which will increase boot space enough to fit a wasshing machine, at 705 liters. For situations like shopping in IKEA, the rear seats can be split 60/40 to carry passengers and also long objects like a flat-pack furniture. Like the Ford Fiesta EcoBoost, the EcoSport is opening for booking with the estimated price tag of RM98,000 to  RM108,000. However, you may only get the car in Q3 2014. 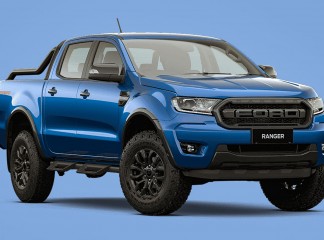 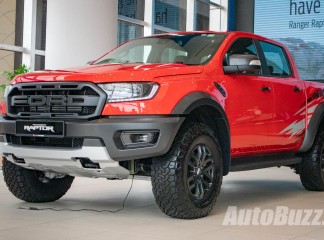