In a move to offer greater bang for your buck, UMW Toyota has just enhanced the Toyota Vios with additional premium and first in class features. Despite the value-added features, pricing remains unchanged at RM76,500 to RM96,400.

Fitted as standard on all variants but optional extra for the base 1.5J, is an Advanced Panoramic View Monitor, the first B-Segment to offer a 360-degree surround view camera. Images from four cameras jointly gives you an unobstructed view of your surroundings. Besides that, G, GX and TRD Sportivo variants now gets auto folding wing mirrors that automatically folds when the car is locked and unfolds when ignition is on. 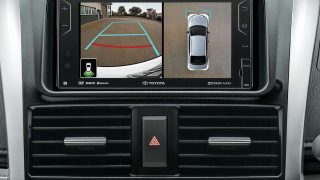 A Digital Video Recorder (more commonly referred to as dashcam) is now a standard fitment on all variants of the Vios. Now you don’t need to go aftermarket and have an awkward cable dangling down through the centre dashboard. Furthermore, two USB charging ports are made available for the front occupants for added convenience. 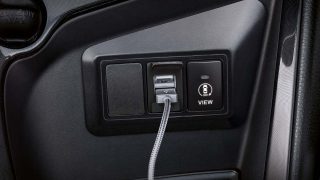 UMW Toyota is also offering attractive cash rebates plus free accessories worth up to RM4,000 (depending on variant) for very purchase of a new Toyota Vios. Every purchase comes with a 5 Years unlimited mileage warranty package as standard. We’ve tested the facelifted Vios earlier and found it to be a surprisingly refined and highly competitive B-Segment sedan.