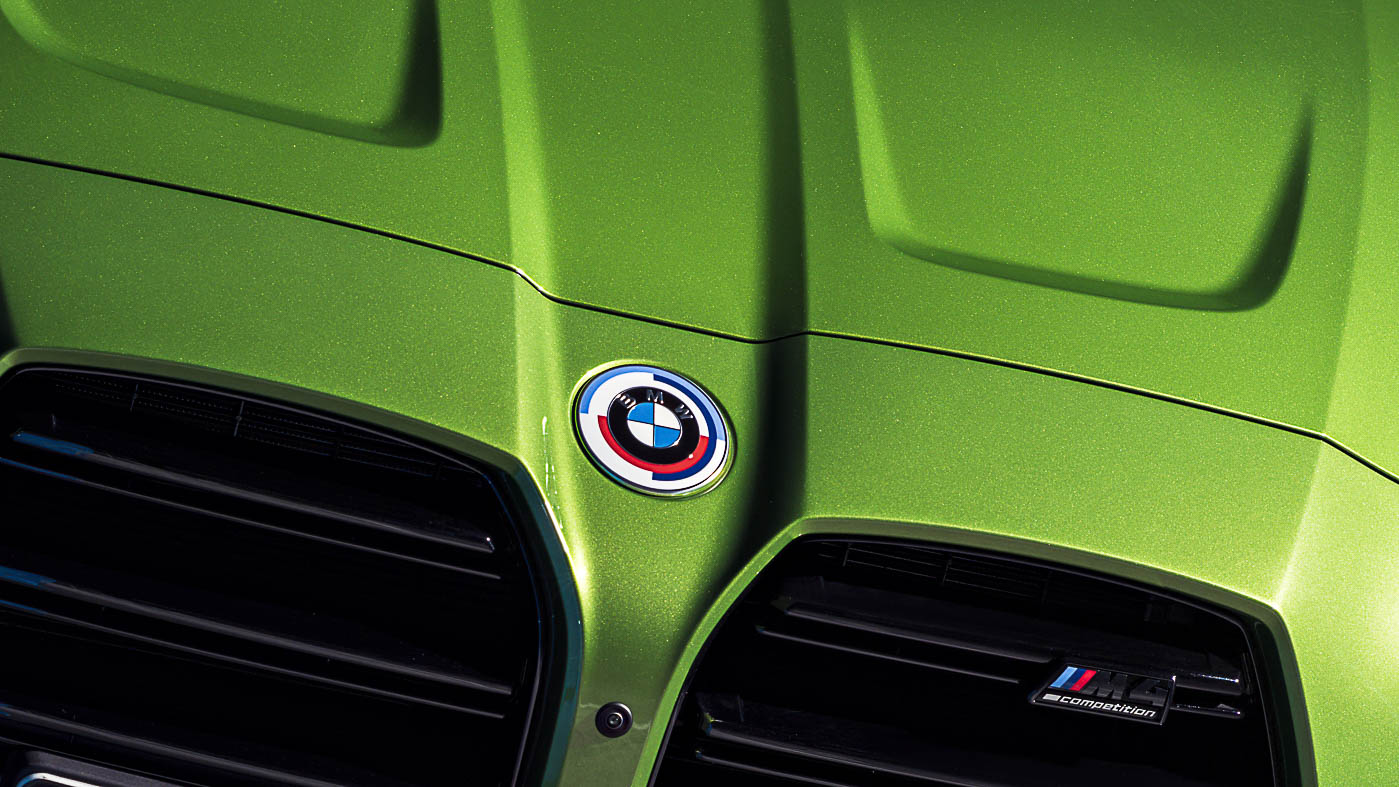 BMW M GmbH (BMW M) will be celebrating their golden jubilee next year and to get fans excited, the company is introducing a special emblem set for new vehicles and it does not necessarily need to be a full BMW M car!

Customers who place orders for a BMW M vehicle or a regular model with the M Sport package from end of January 2022 can have their vehicle’s front, rear and wheel centre caps decorated with emblems inspired by the classic “BMW Motorsport” logo, first used in 1973 on the dominating racing cars.

A ‘celebratory’ BMW M50 car already exists, and it doesn’t have any tailpipes! Find out more about the 544 hp BMW i4 M50 electric here.

BMW M started as the new motorsports office of BMW AG back in 1972, comprising specialists, engineers and drivers. The year after, BMW Motorsport GmbH took to the racetrack with the 3.0 CSL coupe and became the most successful touring car of its day by winning six of seven European Championships.

After picking up more victories as well as technical know-how, BMW then decided to make a purpose-built racing car and then homologated (FIA Group 4) for road use- the 1978 BMW M1.

BMW M is now a hugely successful performance brand, overtaking Mercedes-AMG, with a range of high-performance, segment-benchmarking vehicles ranging from an M2 compact coupe to the BMW X6M coupe-SAV and the BMW M8 Gran Coupe.

In conjunction with the 50th anniversary, the BMW M car line-up will be expanded by the arrival of the BMW M3 Touring, the all-new BMW M2 based on the latest G42 2 Series coupe as well as the production version of the BMW Concept XM, said to be the most powerful model ever from the brand.

BMW M will not only celebrate its anniversary with new products, but also with numerous events. Anniversary performances are planned in May 2022 at the Concorso d’Eleganza Villa d’Este on Lake Como in Northern Italy, followed by the Goodwood Festival of Speed and Concours d’Elegance in Pebble Beach, USA. The 24-hour race at the Nurburgring is also a welcome occasion and BMW has plans to thrill fans on the future of BMW M.