In a year when the Covid-19 pandemic essentially stopped the world from spinning for a good few months, it’s not surprising to see sales figures fall, especially those in the premium segment such as BMW and Mercedes-Benz – and they did, with a decrease of 7.5% for Mercedes-Benz (2.2 million units) and 7.2% for BMW (2.0 million units), with the former holding on to the lead in the segment.

But when it comes to performance vehicles, the story is quite the opposite. In fact, BMW M actually increased their sales by 6%, moving a total of 144,218 units in 2020. The figure further improved BMW M’s lead over Mercedes-AMG in this segment, who didn’t enjoy the same fate, dropping 5.3% in sales last year with a total of 125,129 units sold globally.

USA was once again the single most important market for BMW M cars alongside China – both region achieving new sales records in 2020. Russia and Korea both saw more than 60% growth in demand, while Italy sales performance increased by 47% last year.

On the AMG side of things, the States also took the largest chunk of the pie, and actually saw a 1.5% growth in the country. However, the Most Improved Award for Mercedes-AMG was actually in China, which saw a 32.3% improvement in sales in 2020, setting a new sales record in the region.

BMW attributed the increase in sales to the X5 M and X6 M, both of which unveiled globally towards the tail-end of 2019. Credits were also given to the new M2 CS, but it was actually the range-topping M Performance variant of the BMW 3 and 4 Series – such as the M340i xDrive – that helped boost sales last year.

Mercedes-AMG did not provide specifics to its sales figures, but it wouldn’t be amiss to guess that their hardest hitters are its newest models, such as A 45 and A 35 hot hatchbacks (and sedans), as well as the GLA and GLB models.

BMW M chairman and CEO, Markus Flasch said, “The fact that we were able to conclude this exceptionally challenging year with yet a further record is great validation of our consistent growth strategy. We can be particularly proud of the fact that we were able not only to defend our market dominance as the most successful provider of performance and high-performances automobiles, but also to have even expanded it.”

2021 looks to be an even stronger year for both brands, with BMW confirming the debut of the M5 CS later in January, followed by the market launch of the all-new BMW M3 and M4 in March – both of which are now open for bookings in Malaysia.

The BMW performance division also teased the arrival of the first-ever electrified M model in 2021 – could it be the one we saw in the recent M Town video? Well, at least we don’t have to wait too long to find out!

As for Mercedes-AMG, new models in the pipeline for 2021 could include a new C 63 S model – which has been rumoured to come with a hybrid powertrain – as well as the production version of the F1-inspired Mercedes-AMG One Hypercar. 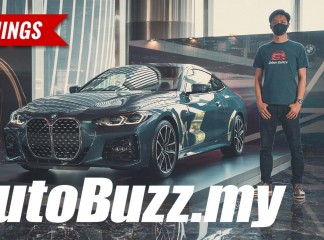