Home News Toyota has finally given the all-new GR 86 an in-house GR Parts... 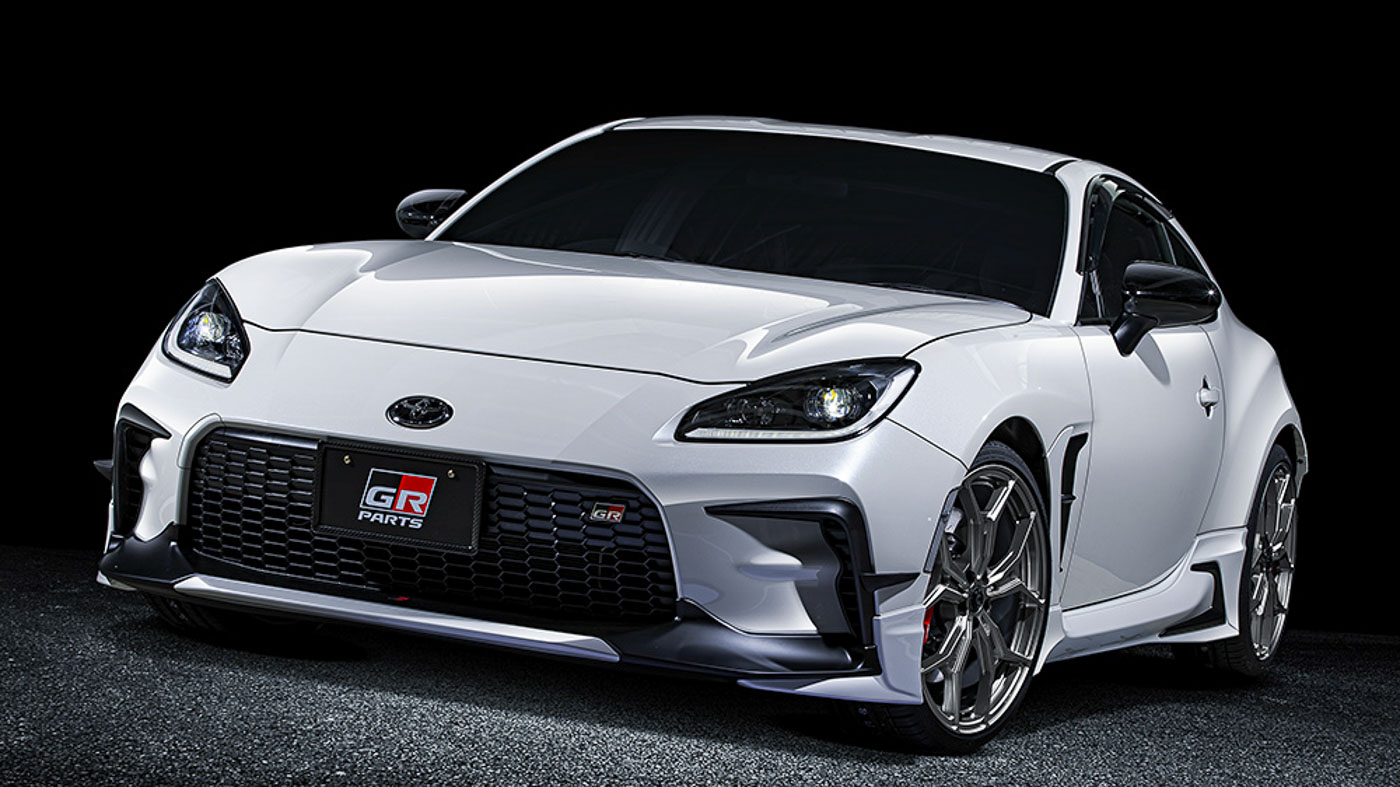 The all-new Toyota GR 86 has been out for a while now, and with it being a mod-friendly model, several tuning outfits have already started work on the car. Naturally, Toyota’s own in-house tuning arm TRD wants to have a go at it too, and what do you know – they’ve given us not just one, but two different takes on the beloved two-door coupe.

Just like their recent work for the Yaris Cross, the new TRD kits for the second-generation Toyota GR 86 will actually be branded as “GR Parts” items – specifically, GR Parts and GR Parts Concept.

The former is a more street-friendly take on the GR 86, with modifications leaning more towards the reserved end of things. These include new front and rear bumper extensions, side skirts, and a relatively small (you’ll see) trunk lid spoiler at the back.

HKS and GReddy have both also shown-off their own takes on the Toyota GR 86, with – of course – additional forced-induction parts. Check them out here!

Additional canards on the front bumper and fender fins give the GR Parts-equipped Toyota GR 86 a touch of extra sportiness, while the GR muffler and 19-inch forged-aluminium wheels round up the exterior modifications.

Inside, buyers can also specify it with an exposed carbon fibre look on the panels, alongside a suede knee pad on the centre console to help keep your legs comfy during hard cornering.

Is the Toyota GR 86 actually better to drive than its Subaru twin? Check out the comparison here!

On the performance front, there’s a new set of GR adjustable suspension, alongside a larger GR Monoblock brake kit on all four corners. The company does not mention any changes underneath the hood, though, so we’re assuming there are no changes there.

For proper performance gains, you’ll have to step up to the Toyota GR 86 GR Parts Concept, which comes equipped with a revised intake and exhaust system. The website also mentions weight reduction, and improved body rigidity, but exact figures were not disclosed.

Designed for track use (without the constraints of any racing series), the GR Parts Concept model does get a significantly more aggressive design, including a more aggressive front fascia with a large ram air intake on the grille, and more substantial front and rear bumper extensions.

The Concept also comes with wide-body 43 mm-wide fenders, with built-in air vents (alongside those on the bonnet) to channel air over the top of the car, enhancing the effectiveness of the massive GT wing at the back. Meanwhile, the carbon fibre side skirts also function to split the underbody airflow from the air above, to – you guessed it – amplify the effects of the large diffusers.

The 19-inch forged aluminium wheels share the same Y-spoke design as the street car, but feature a deeper cone to fill out the massive flared wheel wells and increase out-of-plane rigidity, which according to TRD, allows for a thinner cross-section and thus reducing unsprung mass.

Sounds too good to be true? Well… yeah. The GR Parts Concept is just – as the name suggests – a concept. However, TRD says the research that went into designing the concept has trickled down into the regular street car version of the GR Parts kit, so the silver lining is that the regular street version isn’t just some dress-up parts.

But given the choice, would you rather pick the street style, or the balls-to-the-walls Concept race-track version? Let us know in the comments section below!