After making its debut in Singapore earlier this year, UMW Toyota has now officially teased the fourth-generation Harrier on its own website, alongside the caption “coming soon April 2021” confirming its Malaysia launch date.

The “find out more” button links to a registration of interest page, which means that the actual launch will be happening very soon, if UMW Toyota’s past launches have anything to go by.

As always, no specifications have been divulged so far, but we expect it to be similar to the Singapore-specification model, as it is currently the only export market for the fourth-generation Toyota Harrier coming out from Japan.

The all-new Toyota Harrier is available in three variants in the island nation: Elegance, Premium, and Luxury. The first in the list, being the base variant, comes with a 2.0-litre Dynamic Force engine with 170 hp and 203 Nm, paired to a Direct Shift CVT gearbox to propel the SUV to 100 km/h in 9.7 seconds, onward to a top speed of 190 km/h.

In terms of kit, the Singaporean Toyota Harrier comes with 18-inch wheels as standard, along with full LED lighting (with adaptive high beam for the headlights), and a hands-free powered tailgate.

Inside, standard equipment on the fourth-generation Toyota Harrier include a 10.5-inch head-up display, an analogue instrument cluster with a massive seven-inch multi-info display, as well as an eight-inch infotainment display with Apple CarPlay and Android Auto, and a Qi wireless charging pad.

The fancier items, such as leather upholstery with ventilated front seats, as well as the auto-dimming panoramic sunroof, are only available on the two higher-end hybrid variants.

As for safety, all variants of the Toyota Harrier in Singapore come with seven airbags as standard, alongside the full suite of Toyota Safety Sense advanced driver assistance system, with features including autonomous emergency braking with pedestrian and cyclist detection, lane departure warning and centring assist, adaptive high beam, and adaptive cruise control.

Similarly, no pricing information have been announced so far, though we won’t be surprised to see a slight increase in price with the introduction of newer technologies. For context, the outgoing Toyota Harrier in Malaysia starts at RM234,510 (with SST exemptions). 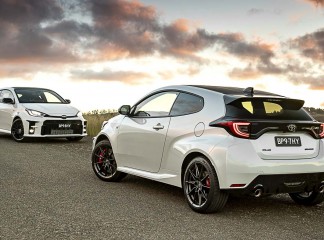 The Toyota GR Yaris ‘Rallye Edition’ is asking a 36% premium over the regular. What’s so special? 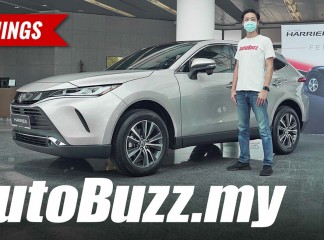 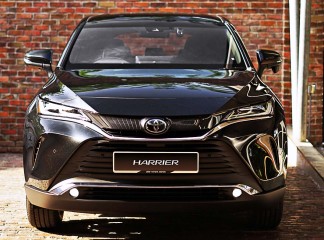