Home News Images of Zeekr 001 revealed, was masquerading as a Lynk & Co... Geely’s recently announced fully-electric premium brand has just released images of its first product- the Zeekr 001. The vehicle sure looks familiar as it was initially introduced as a Lynk & Co Zero Concept back in September.

The four-door fastback will be offering soft-closing (power) doors with frameless windows. The dashboard is more conservative compared to its latest and largest Geely Xing Yue L sibling, with just a small driver’s display and a larger-than-average central display.

The first iteration of the group’s Sustainable Experience Architecture (SEA) platform sees the attachment of a motor on each axle, with a combined system output of 544 hp and 768 Nm of torque. While not announced yet, the Zeekr 001 was sighted to have stopped the time on the stopwatch at just 3.8 seconds during its century dash sprint exercises.

Air suspension will meanwhile take care of the handling and riding comfort. As for the driving range, the development team targeted a value of over 700 kilometres (under the more optimistic NEDC cycle) and equipped with the latest advanced driver assistance systems (ADAS).

More information on the Zeekr 001 will be available at its official launch later this month at the Shanghai Motor Show 2021. 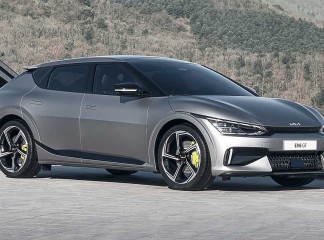 Mercedes-Benz begins production of 108 kWh battery for EQS, to launch in mid-April