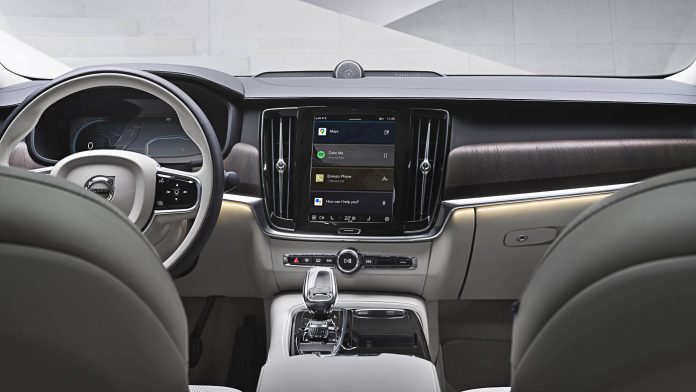 Volvo Cars have begun introducing the new infotainment system with Google apps and services built-in that is powered by Android into its existing model line-up.

Volvo Car Group is the first company to team up with Google on integrating an infotainment system powered by Android with Google apps and services built-in, and the fully-electric XC40 Recharge became the first Volvo car to carry the system.

The centrepiece of the Digital Services package is access to Google apps and services, which offer hands-free help with Google Assistant, best-in-class navigation through Google Maps and a broad offer of native in-car apps via Google Play.

The company will gradually offer the new Android-powered infotainment system on the S90, V90 and V90 Cross Country models in the upcoming months.

The popular Volvo XC60 also get some minor styling updates on the exterior. The grille and bumpers receive subtle styling refinements, with the rear bumper now completely devoid of exhaust outlets.

The interior meanwhile gets luxurious leather-free choices plus other materials such as the City Weave textile for the increase in personalisation. A quick glance at the driver’s meter panel also shows a reworked interface, again, first seen in the XC40 Recharge.

Production for the new XC60 for key markets will begin in May 2021.