UMW Toyota Motor (UMWT) has announced a new Special Service Campaign (SSC) recall for the Toyota Avanza, due to a faulty fuel pump which may stop operating. According to UMWT, this SSC is an expansion of an earlier campaign.

Based on information received from Toyota Motor Corporation (TMC), the recall campaign will affect 3,923 units of Toyota Avanza, manufactured from October 2017 to June 2019 and distributed by UMWT.

Similar to the previous recall campaigns, the faulty fuel pumps in the affected Toyota Avanza may stop operating while in motion, and may cause engine power hesitation. Warning lights and messages may be displayed on the instrument panel. If this were to occur, the vehicle might stall, and will be unable to restart.

The replacement of the fuel pumps will be made at no charge. Customers involved in the recall campaign will be officially notified by UMWT directly.

For further information, customers may contact any authorised Toyota service centre, or call the Toyota Freephone at 1800-8-869682. Alternatively, you can also enter your Vehicle Identification Number (VIN) at the SSC webpage, linked here, to check if your vehicle is involved in any recall campaigns.

UMWT would like to reiterate that the safety of their customers are of utmost importance, and regrets any inconveniences caused by this recall campaign. 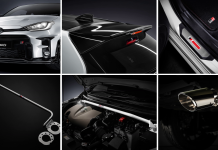 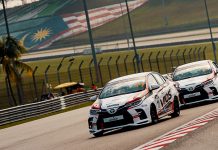