Here it is, finally! Proton has now officially revealed the Proton X50 through its social media channels today morning, giving us a first look at both the exterior and interior of the hotly-anticipated SUV. Interestingly, the national carmaker intentionally left out the rear of the car in the photos, which means it still has not officially confirmed the name just yet. But come on, we all know what it’s called, right?

With the model being based on the Geely Bin Yue, there are pretty much no surprises here in terms of look. Just like its elder X70 sibling, the Expanding Cosmos grille is replaced by Proton’s signature Infinite Weave and Ethereal Bow motif, the latter being marked out with red accents to complement its sporty aesthetic.

The red accents can also be found on the front and rear brake calipers, as well as the interior upholstery. Other design highlights include an aggressive front lip splitter, sporty roof spoiler, as well as a blacked-out roof which houses the panoramic sunroof – something not seen too often on a vehicle in this segment.

On the inside, the Proton X50 pretty much inherits the entire design from its Chinese cousin, just flipped from left to right, along with the new Proton logo on the flat-bottom steering wheel. The digital instrument cluster should be standard across all variants, as well as the widescreen infotainment display running GKUI – which means of course, it’ll be equipped with the now-iconic “Hi Proton” voice assistant functionality.

The photo of the interior also shows off rear air-con vents behind the centre armrest, which is a feature not available in the global Bin Yue and Coolray (in the Philippines) models! Other features as far as we can see with in these photos include the electric parking brake, automatic air conditioning, and a radar and camera array for the advanced driver assistance features.

Proton has not revealed any further information just yet on its powertrain, but the X50 will most likely be powered by a 1.5-litre turbocharged three-cylinder petrol engine, sending 177 hp and 255 Nm of torque to the front wheels via a seven-speed dual-clutch transmission that we first saw in the updated CKD Proton X70.

With the first images now revealed, the official debut of the model should be coming very soon. Proton has also scheduled a media preview event on the 15th of September, so keep your eyes peeled and the refresh button ready on AutoBuzz.my as we bring you the latest news on probably the most anticipated model launch in Malaysia this year! 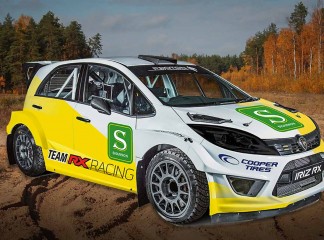