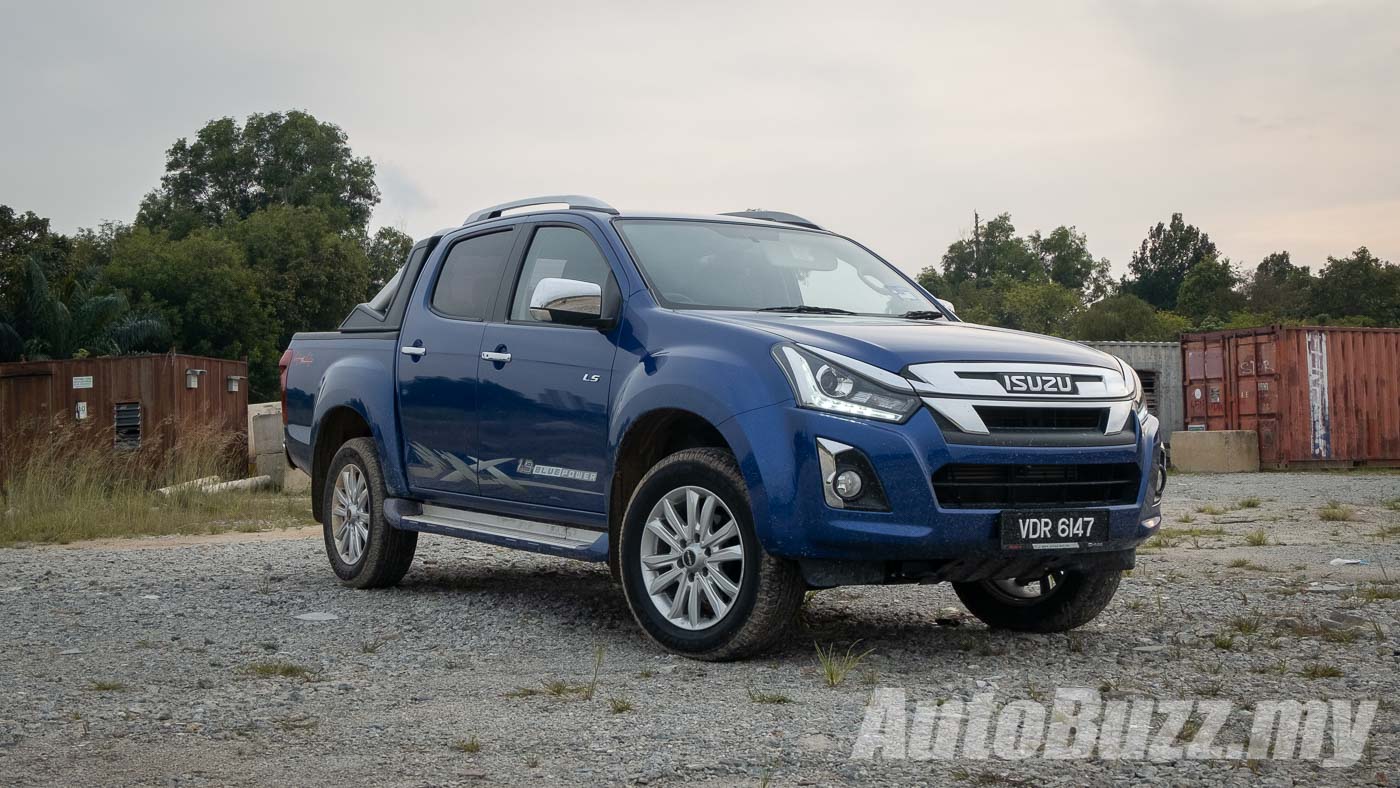 If you’ve been paying even just a little attention these past couple of years, you would have definitely seen the rising trend of pick-up trucks as lifestyle vehicles, boasting incredible refinement and technology to satisfy the general masses. To a certain extent, true workhorse pick-ups now are considered the odd ones out these days – and in that case, the new Isuzu D-Max doesn’t shy from being an outcast.

Instead of relying on superficial bells and whistles to sell, Isuzu stuck to its roots with the D-Max, spearheaded by the new 1.9-litre Ddi four-cylinder turbodiesel engine. On paper, the smaller unit actually performs better than the previous 2.4-litre turbodiesel mill with an output of 150 hp (+14 hp) and 350 Nm (+30 Nm), and it certainly feels that way.

Sure, these output figures are on the more modest end when compared to other competing pick-up trucks, but while on the move, you’d be hard pressed to find it in any way underpowered. In fact, one might even argue that it’s perfect for urban situations (where we actually spent the most time inside the D-Max), thanks to the pokey low-end torque.

It does, however, run out of steam a little when approaching the higher revs, so overtaking at highway speeds – especially when paired to the hesitant six-speed automatic gearbox – might be a little more work. Though, the engine noise, or lack thereof, more than makes up for it.

While we did say that Isuzu pushed on with its whole practical approach, that does not mean that the new D-Max is unrefined – actually far from it, as evident by the quieter engine and reduction in vibrations inside the cabin – in normal cruising situations at least.

Ride is soft and supple in front, making it quite comfortable for longer journeys, though the leaf spring at the rear makes it quite bouncy across high frequency bumps – a necessary evil in pick-up trucks to handle the additional payload on the cargo bed.

Just as expected, the Isuzu D-Max doesn’t shy away from the beaten path too, thanks to the tough exterior look and robust ladder frame chassis. Of course, the off-road-specific features – such as Isuzu’s Terrain Control 4×4 system, hill start assist, and hill descent control – help too.

Inside, new D-Max has also been spruced up by some “premium” soft touch materials on the dashboard and door cards, elevating the general feel of the living quarters. There’s also a new Android-based infotainment display, measuring eight-inches diagonally, which is in my opinion borderline passable to use. Still, it’s better than not having it at all, right?

The seats in the updated Isuzu D-Max have also been resculpted to give better lateral and thigh support, but no matter how much the interior has been improved, it still can’t shake off its true utilitarian side – it really is still the same second-generation pick-up truck launched in our country way back in 2013, made even more obvious by the simplistic instrument cluster and ancient-looking air conditioning control panel.

The resemblance to its older self is even more obvious outside. While the front fascia has been updated with a new grille design – inverting the old U-shaped design into something that sort of resembles fangs, and flanked by new bi-LED headlights, the rear-end of the truck is practically unchanged, save for the new decals letting you know of its new beating heart.

However, these to me are non-issues – nobody is buying a D-Max to look good, there’s the Mitsubishi Triton for that. What you’re buying into in the D-Max is the unwavering reliability to help you do what you need to do. There’s no need to be mainstream, and Isuzu is not afraid to embrace that.