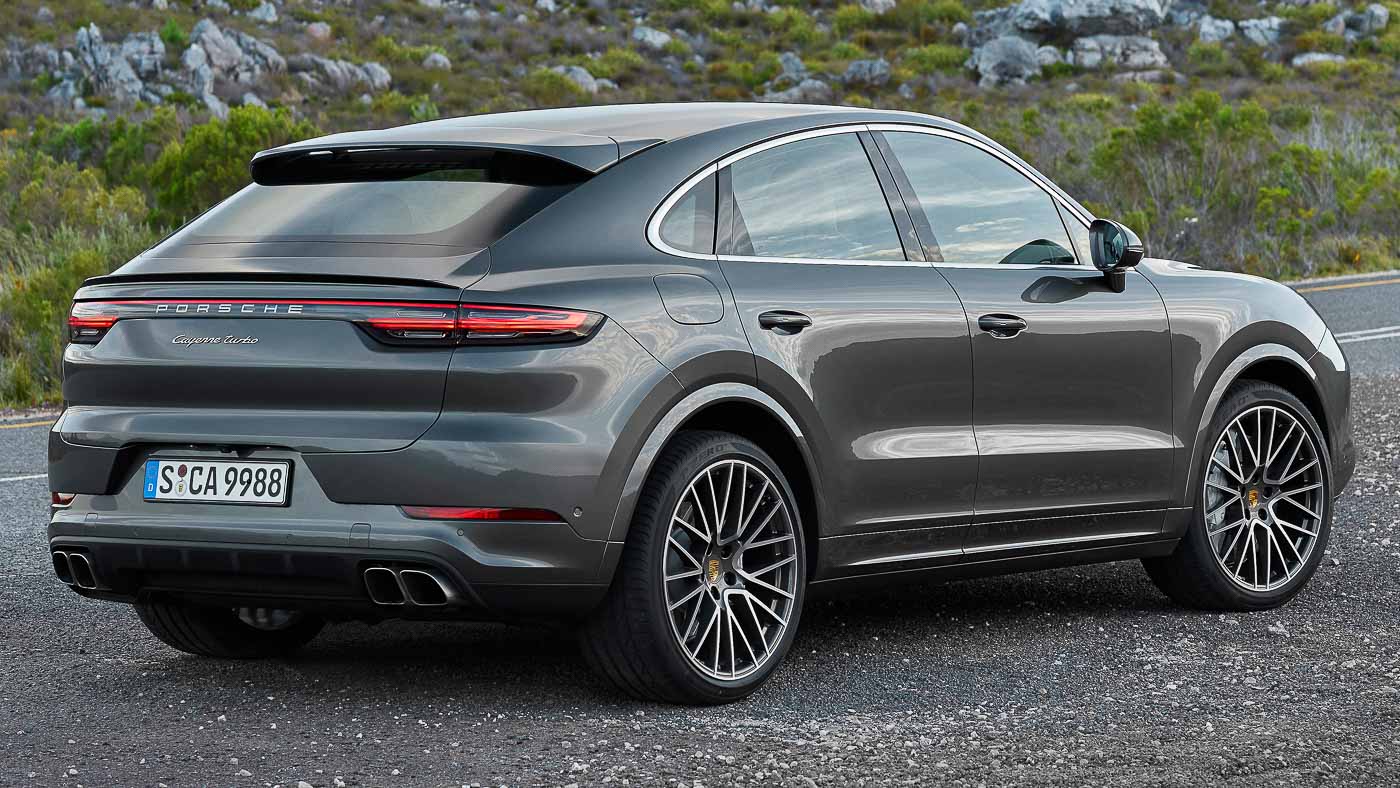 With that sloping rear end and lowered roof edge by 20mm, it kinda does, doesn’t it?

But it’s not just a Cayenne with some fat trimmed off, the Cayenne Coupe, an inevitable introduction in today’s volume-obsessed market, has gone through some significant changes.

The extended fenders also widen the car’s arches by 18mm, for a more hunkered down stance. The exterior also features an adaptive rear spoiler – a feature first introduced in the current Cayenne Turbo – the first SUV with active aerodynamics.

The adaptive rear spoiler can extend up to 135mm at speeds above 90 km/h, for better traction on the rear axle.

Inside, the Cayenne Coupe, like Panamera Sport Turismo we reviewed recently, only accommodates four passengers as standard – meaning only two individual seats at the back which sits 30mm lower for better headroom. The conventional rear seats can be specified at no cost.

The Cayenne Coupe is available with two powerful engines. There is a 3.0-litre 6-cylinder turbocharged engine with 340 hp and 450 Nm of torque and another 4.0-litre twin-turbocharged V8 making 550 hp and 770 Nm of torque.

0 to 100 km/h in the former is done in six seconds while the latter manages a more brisk 3.9 seconds. Top speed on the V8 model is rated at 286 km/h – nothing more than a sneeze for the mighty Cayenne to handle. This mega fast Porsche Cayenne with 640 hp, 850 Nm is called the Turbo GT