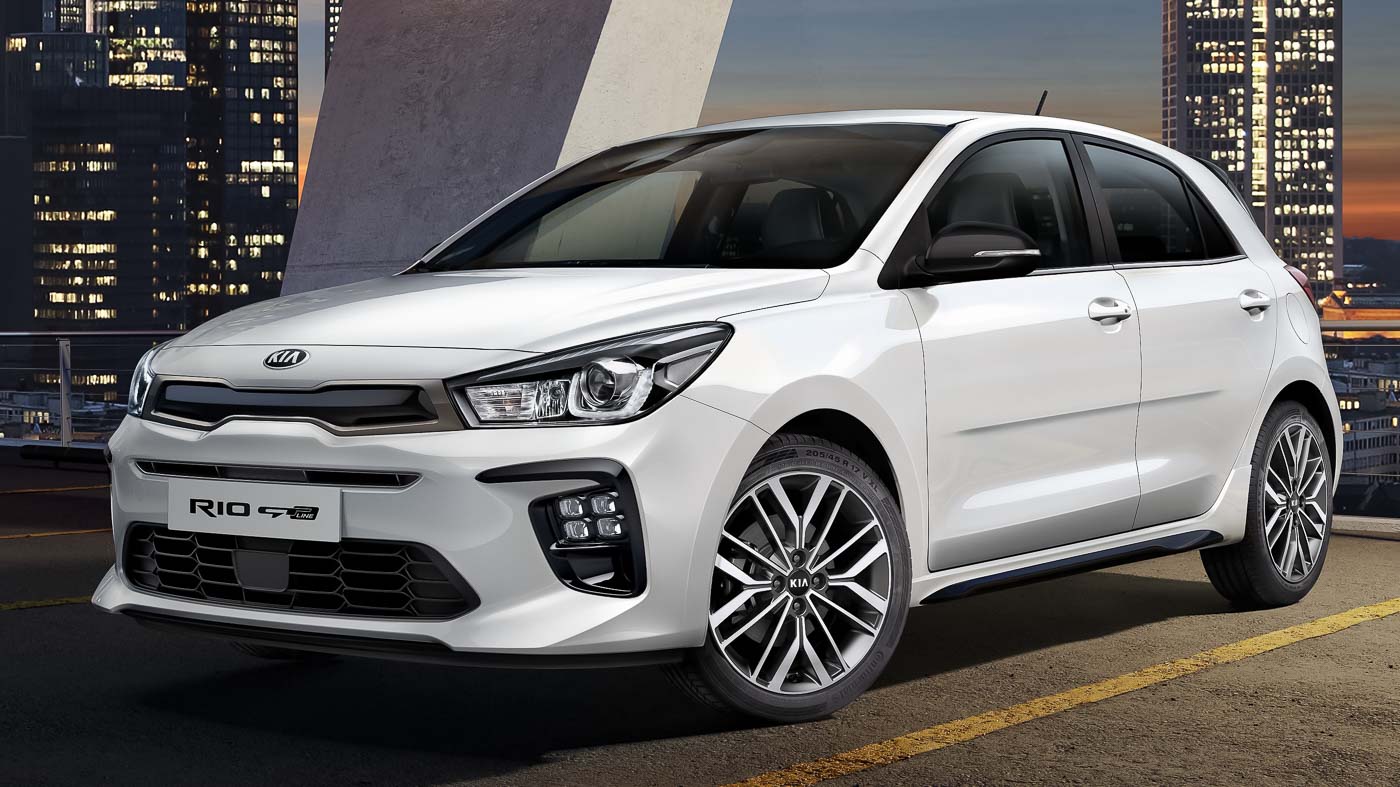 Kia has just revealed the first images of the Kia Rio GT-Line ahead of its global premiere at the 2018 Geneva International Motor Show (GIMS). The fourth-generation Rio will be dressed in the most aggressive GT-Line specification like the Picanto, Optima, Sportage and Sorento.

The company’s global best-selling B-Segment hatchback was well received by customers around the globe thanks to its versatility, handling and safety features. The new GT-Line spices up the Rio line up further to enhance the car’s desirability to drive sales in 2018 and beyond.

On the outside, the GT-Line gets a unique gloss-black and chrome contrast tiger nose grille, quad ice-cube LED fog lamps, twin exhaust tips at the rear, chrome window trim and a gloss black roof spoiler. It now rides on 17-inch GT-Line multi-spoke alloys.

Inside you’ll find new items such as black synthetic leather and cloth upholstery with contrasting grey stitching, a flat-bottomed multifunctional steering wheel as well as new metallic and carbon fibre-effect interior trims. Other than that, the car gets the standard aluminium pedals, 7.0-inch floating touchscreen with Apple CarPlay and Android Auto (something our local spec Rio is missing), rear view camera and heated seats.

Under the hood you’ll find a new 1.0-litre turbocharged three-cylinder T-GDI engine similar to the one found in the Picanto X-Line. Except on the larger sibling, the three-potter churns out 119 hp and 171 Nm of torque, 20 hp higher but 1 Nm lower than the Picanto. Drive is channeled to the front wheels via a six-speed manual transmission.

Interestingly, Kia has announced that from Q3 2018 onwards, the Rio GT-Line will be available with naturally aspirated options: 1.25- and 1.4-litre four-cylinder MPI petrol engines that will be paired to a new seven-speed double clutch transmission. The 1.4-litre MPI offered to the Malaysian market comes with a four-speed slushbox which we found to be a little dated.

On the safety front, the Rio GT-Line gets the full suite of safety features including Forward Collision-avoidance Assist (FCA) with pedestrian recognition, Lane Departure Warning System (LDWS) and Driver Attention Warning (DAW) system on top of the usual six-airbags and three letter acronyms.

Bermaz Auto to take over Kia, Peugeot distributorship in Malaysia? Six cars in Malaysia under RM100k with Apple CarPlay and Android...