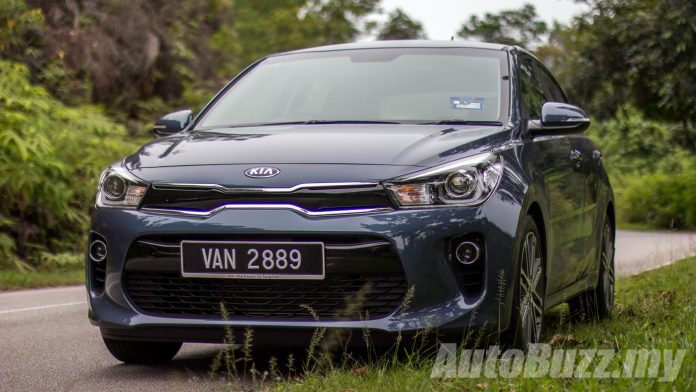 Nothing excites me more than hatchbacks – whether it’s a Fiesta ST or merely a humble Kelisa, I like their “flickability” (if there is such a word, if not I’m making it mine) all the same. If you knew me, you’d know that horsepower doesn’t matter all that much to me. While they may be fun to have, most times and situations, they can only be enjoyed through short bursts and frankly these aren’t my kind of cheap thrills behind the wheel.

As a fellow “industrymen” (I’m making that word mine too) wrote a couple days back, on the Live Life Drive website, he claims that these days, horsepower does nothing more than spoil us. While there’s no need to elaborate further, I thoroughly concur. Personally, I prefer to drive a slow car fast than a fast car slow.

Personally, there’s nothing more thrilling than the sensations of carrying as much speed as you can, riding on a short wheelbase chassis, through a bend. Short bursts of acceleration are for the easily amused 8-year olds. There, I said it, no offence – only my personal opinion.

On that note, the Kia Rio had two sides to its story and I’m going to first embark on the half that made me a little, well, sad. And less thrilled about its hatchback nature. With a mere 99 hp and 133 Nm of torque from its 1.4-litre MPI engine, it would’ve been enough to haul its 1.1-tonne weight around with some eagerness with the throttle. Keyword: would’ve.

I’m not mad nor disappointed, simply confused. What I don’t understand was why Kia saw the need to slap a set of 17-inch wheels on a 1.4-litre Rio  – whether its a mechanical-based necessity or simply a flaw in the thought process, I’m not sure, but it most certainly felt like the Rio’s performance was hindered by this surplus.

A set of 15-inch alloys will do. Its ride would’ve probably been even more comfortable with thicker profile tyres and it goes without saying that smaller tyres would be cheaper to replace. That’s all however just my opinion, wouldn’t want you to fully rely on the word of someone who only knows how to complain about cars. I just felt that the Rio lacked a little punch to go with the intimidatingly handsome front end.

The other minor setback was its 4-speed automatic transmission. Don’t get me wrong, the Rio climbed up the gears pretty smoothly but quicker downshifts to a lower gear and the kick down to first even, was most times, left for wanting. It was rather frustrating because these two minor and individual setbacks, as a whole, held back what would’ve been a rather fun and well-rounded hatchback to drive whether for leisure or the midnight spin to KK Mart for a nicotine fix.

A drive through the Karak Highway en route to Bukit Tinggi flaunted many of the Rio’s complement-worthy traits (which is the other side of the story) but it also displayed some setbacks. On the highway, at speeds of 110-120 km/h, the Rio was as sure-footed as it gets for a car in its segment. Its weight may have a part to play but underneath the new Rio, everything has been strengthened, stiffened and improved to allow it to be more compliant and planted and the results do speak for itself.

During the same drive, the Rio’s NVH was (and I dare say) simply sublime – insulation was beyond what a car in its playing field would normally be graced with. There’s a BUT though; wind noise may have been at a minimal BUT the howl from the tyres, good grief, they sure can cause headaches as it did to me. No severe harm done though, reckon a wiser choice of tyres in the next change would be an instant cure.

On that same drive, the other half who was so clingy she insisted to tag along for some picture-taking work in mosquito-infested environments, decided to crank up the audio system with tunes on her Spotify via Bluetooth through the 5-inch colour infotainment display. Surprise, surprise. She maneuvered through the system without screaming for help.

And playing her selection of atrocious music at volumes that would cause ear drums to bleed, the fittings and materials used in the Rio’s cabin really held up – no vibrations whatsoever on any of its panels, especially those by the doors. That really took me by surprise, utterly impressive. I don’t know about you guys, but my car needs to be able to endure loud music. Those vibrations are a no no for me – it signifies a lack of consideration in the construction process, all in the name of basic comfort.

What I also liked were the seats. No leather upholstery needed – just soft cushions and firm rib supports is all we (could just be me) need. Oh, this may be trivial and forgive me for sounding harsh but the centre air con vent for the driver was utterly useless. No matter how you adjust it, there’s no way for air to be properly channeled to the driver – it’s blocked by the thick and grippy steering and as a result your left hand feels like it’s on the verge of a frostbite all the time.

Atop Bukit Tinggi, mixed feelings arose from the drive up the twisties. Again, the lack of any kind of performance (presumably from those 17-inch wheels and gearbox) really overshadowed how nippy and sure-footed the Rio was. After a few pictures, as we left at nightfall, the hill’s silence made me realise one thing; for a 1.4-litre engine, the Rio sure had a pretty sweet burble on idle.

Departure was not before some shots of the rear section of the cabin, where ample leg room was evident with the notable rear USB charger which the price-equivalent Jazz doesn’t provide. That said, I felt like its competitor offered more space; the Rio by no means felt cramped but I’d still lean towards the Jazz on overall roominess. Boot space was large and unrestricted and when flattened would probably accommodate anything you see fit to be carried with a hatchback with relative ease.

What it does better than its competitor (the Jazz 1.5E @ RM 78,540) for the asking price of RM 79,888 though, were aplenty. For that figure, you get six airbags instead of the Jazz 1.5E’s four, rear USB port, auto wipers and headlights which by the way also swivel according to the direction of the steering, a Tyre Pressure Monitoring System and a sunroof.

If you ask me, while they may be handy, the lack of it wouldn’t be at all life-changing. For a car that’s meant to be accessible (ownership wise) to the masses, the Rio could’ve done without them and instead be sold at an even lower price for it to be an even more attractive package. The same sentiment extends to the four unnecessarily big shoes, come on now, Kia.  Those interactive gear indicators wouldn’t go unappreciated and despite how dark my surroundings were upon arriving home after acquiring a few presentable shots in Bukit Tinggi, just check out the clarity on that reverse camera.

I can’t help but grow a certain liking for this car as what it had easily made what it lacked, rather negligible. Fuel consumption was as expected of a skinny body with heavy shoes – decent. For a full tank of fuel, the Rio only managed to nudge the 400 km mark; given, my right foot was real heavy up the hill but I still can’t help but point to those oversized (for such a car) rims as the culprit for lesser kilometres per litre.

That said, while it may have its drawbacks (hence the review title), for what you’re paying, this is as good as it can get. To say that it’s better than the Jazz would be unfair to the Japanese hatchback but for what it comes with, at that price, it offers a compelling alternative for those who want something other than what most would go for.