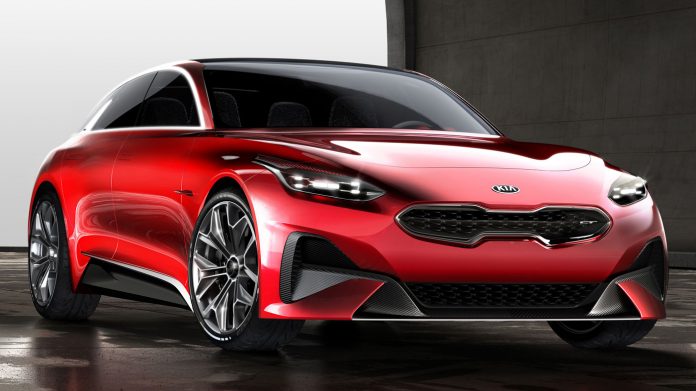 Not wanting to go under the radar amidst one of the world’s biggest motor show, Kia Motors has unveiled their all-new concept car, the Kia Proceed Concept in full ahead of its global debut at the 2017 Frankfurt Motor Show (IAA). The Proceed Concept features a hot hatch styling, giving us an idea of what the next-generation Cee’d could look like.

With the Proceed Concept, Kia is trying to appeal to a new-generation of drivers through a striking design coupled with real-world versatility. As you can tell from the images, its low-slung design and proportionate front end creates an illusion that the car is larger than it actually is. But rest assured that this is indeed a hatchback and not a sportswagon.

While its proportions and stance may be new, the Proceed Concept features some familiar family design cues such as the ‘tiger nose’ grille, long sculpted bonnet inspired by the Stinger among others. The concept is finished in a bespoke Lava Red paintwork created by a delicate mix of black, chrome silver and red-tinted lacquer for a deep glossy finish.