Home News The all-new Range Rover Sport is exactly what the name says it... 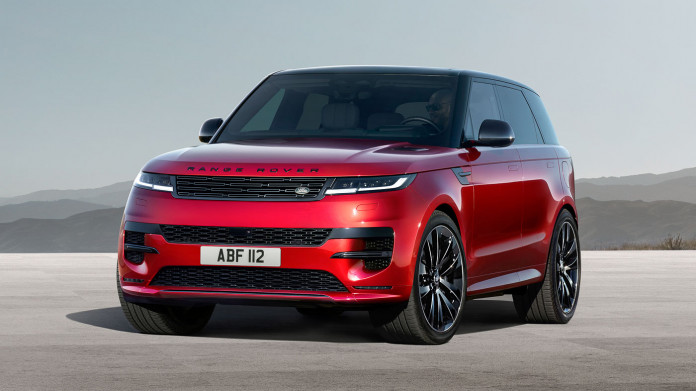 Car names can come in all shapes and forms, but not often do they tell you exactly what it is. The all-new third-generation Range Rover Sport, however, is refreshingly blunt; it’s exactly what the name says it is – a sportier version of the Range Rover.

Just like the fifth-gen Range Rover, the design of the all-new Sport is more evolution than revolution. But as they say – if it’s not broken, don’t fix it, right? The designers at JLR has definitely done a bang-up job in bringing the tried-and-true design up to modern standards, yet still maintaining the signature look and stature one would expect from a Range Rover Sport.

From the front, the all-new car is instantly recognisable as a Range Rover thanks to its tall and flat face. However, to mark it out as the “sportier” model, the Range Rover Sport here gets a slimmer headlight and grille combo, very much in the style of the Velar and Evoque, alongside a more aggressive lower bumper and air intakes design.

But more importantly here – at least to the car’s chief exterior designer Dominic Najafi – is its coupe-like roofline that “accelerates” down to the rear, which couples to the wraparound belt line and the floor that kicks up towards the rear, to give the car a sportier and more streamlined stance.

Over at the rear, the numberplate has been moved down to the bumper to give the fascia a much cleaner surface than before. The new slim taillights design also tie in to the minimalist ethos, with a single heckblende black plastic trim joining the two slim LED taillights together.

The rear styling is specifically designed to not have anything stand out in particular. According to Najafi, this is a “very modern approach”, and it certainly gives the Range Rover Sport a unique layered look, especially in this two-tone red-and-black exterior colour pairing. No fake vents or exhaust tips here either, and the wheels can also be optioned up to 23 inches in diameter.

The third-generation Sport’s interior is clearly derived from the full-fat Range Rover model, but the company says that it’s been revised for a more driver-focused design. The seats have been lowered by 20 mm to give it the trademark “Range Rover Command Driving Position”, while the centre stack, including the 13.1-inch Privi Pro touchscreen infotainment display, has also been given a steeper angle for better usability and a sleeker look.

Speaking of usability, the all-new Range Rover Sport here is blessed with actual physical dials for the climate control panel, which means there’s no need to fumble through the infotainment system just to change the temperature settings. There are still touch-sensitive buttons for the other ancillary controls, but we’ll take what we can get here.

As usual in any other Range Rover models, you can also expect the highest quality materials for the upholstery inside, with options including three different types of leather, and Ultrafabrics™ premium textiles – the latter also available on the dashboard and door detailing.

The new Range Rover Sport is available with a wide range of powertrains, ranging from the usual petrol and diesel to plug-in hybrid engines. JLR says that a fully-electric model is also on the cards, however it’ll only make its debut in 2024.

Both plug-in hybrids are powered by the same 3.0-litre straight-six petrol engine paired to a 38.2 kWh battery pack. They complete the century sprint in 5.4 and 5.8 seconds respectively, and can both deliver an EV range of 113 km.

Completing the powertrain line-up for now is a range of 48V mild-hybrid options, which uses either a 400 hp P400 inline-six petrol engine, or the D300 and D350 3.0-litre six-cylinder diesel powerplants, making – as the name suggests – 300 hp and 350 hp respectively.

No matter which variant you choose, the Range rover Sport will come with all-wheel drive as standard, alongside an eight-speed automatic gearbox.

JLR has also confirmed that an even sportier Range Rover Sport SVR is in the works, but no other information has been divulged just yet.

To complement all that grunt, the Range Rover Sport also comes as standard with the 48V Dynamic Response Pro electronic active roll control system, capable of delivering up to 1,400 Nm of torque across each axle to offer “new levels of body control and cornering composure”.

The active roll control system works hand-in-hand with the latest-generation Dynamic Air Suspension, which introduces switchable-volume air springs for the first time. The suspension works by varying the pressure within the chambers to deliver the “traditional Range Rover comfort”, while still providing the dynamic handling capabilities that is expected from the Sport.

To make spirited driving even more engaging, the car also monitors the road ahead using navigation data to prepare for upcoming bends, with the Active Twin Valve Dampers continuously adjusted at up to 500 times a second based on other external factors to deliver “the most precise and composed driving dynamics of any Range Rover Sport”, or so says the company.

The new MLA-Flex mixed-metal chassis, which is also used by the Range Rover, also contributes to the dynamism of the Sport, thanks to a 35% increase in torsional stiffness over the outgoing model. And to top it all off, the Range Rover Sport is also now offered with the optional all-wheel steering (up to 7.3 degrees out of phase with the front wheels), brake torque vectoring, and electronic active differential.

For those who fancy going off-road in the Range Rover Sport for some reason, the new model now comes with JLR’s latest Terrain Response 2 system, which introduces the brand’s new adaptive off-road cruise control system. Drivers can select one of four settings, and the system will then adjust the speed accordingly so they can focus on steering the vehicle.