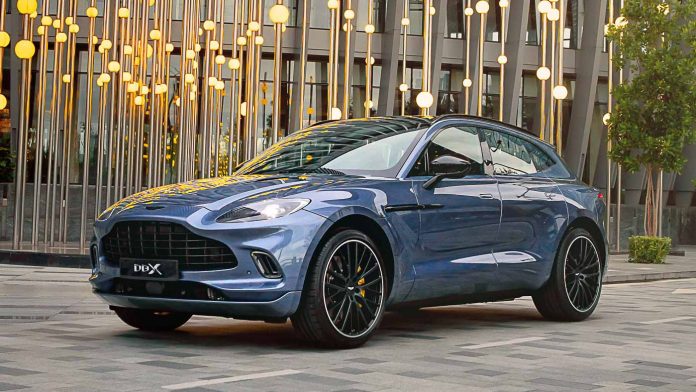 Aston Martin Kuala Lumpur has revealed yet another customised vehicle and this time, it’s called the DBX “The One Edition”; named after its distinctive choice of options selected.

The exterior is finished with an elegant Concours Blue colour, the same paint featured on the Aston Martin One-77 at its world debut. As it was announced that the colour would be removed from the DBX’s range of colours, making this specific unit the only one in Malaysia with the colour.

The DBX’s unique paint job is complemented with 23-inch forged wheels finished in Satin Black; the largest wheels ever fitted to an Aston Martin. Aside from being the biggest and the most imposing, it’s worth noting that the wheels are also the lightest available.

Video: We recently went to Aston Martin KL to customise a DBX SUV!

Other options selected for the DBX includes a sports exhaust upgrade and a gloss back exterior package. The latter extends to the side mirrors, the badges, window surrounds, to name a few.

With the interior, the Aston Martin has gone for a dual-tone ambience with a mix of Oxford Tan and Onyx Black leather for a hint of equestrian luxury.

The Aston Martin DBX “The One Edition” is priced from RM1.1 million, while the base model starts from RM 818,000.00. Both prices stated are excluding duties and taxes.