Designed for kids from three to six years old, the McLaren GT Ride-On is the fourth model following the P1, 720S and McLaren Senna.

The new McLaren GT Ride-On has an impressive list of standard options including authentic McLaren design detailing. The seat has been designed to mimic the ones in the actual car.

Working dihedral doors make for the ultimate entrance and getaway. Being a GT, a boot has also been added and is ideal for stowing any junior driving essentials.

Just like the real thing, the GT Ride-On has workable dashboard controls with a key start that activates McLaren engine sounds. Kids, or rather, junior drivers, will get real thrills of driving thanks to a working accelerator with revving sound. The taillamps are functional items too.

The Ride-On has a top speed of 5 km/h with playing time estimated to range from 30 to 50 minutes with the 12-volt battery. Parents can also take the controls of the toy via remote control.

An optional MP4 infotainment system allows music to be played via a USB device or SD card.

Chances of getting the same colour as your neighbour will be slim, as the McLaren GT Ride-On comes in six authentic McLaren colours including Burnished Copper, Silica White, Onyx Black, Amaranth Red, Burton Blue and Mclaren Orange.

The windscreen-less McLaren Elva will come with a windscreen after all. Read about it here!

In its UK, the McLaren GT Ride-On is priced from GBP163 (RM945) to GBP234 (RM1,360), depending on the options selected, and is available to order now from selected global toy retailers. 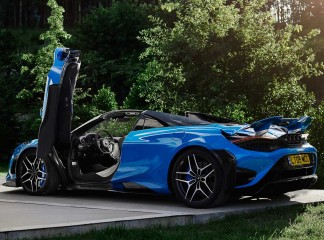 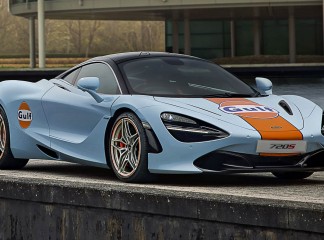