While the EE in Brunei is limited to just 37 units, Proton will be offering 2,000 units of the X70 Special Edition to customers in Malaysia – significantly more than its previous limited-run model, the Merdeka Edition. The Proton X70 SE is priced at RM123,800 on-the-road without insurance, and inclusive of the SST exemption that ends on December 31, 2021.

Compared to the Proton X70 Premium that it is based on, the SE commands a RM4,000 premium over the regular model. It’s also RM1,000 over the Premium X model that includes a sunroof, which the SE does not.

So what does the extra sum gets you? For starters, the Proton X70 Special Edition will come with a unique Ocean Blue exterior paint job, contrasted by the blacked-out roof and wing mirrors. Unlike the X70 EE in Brunei though, buyers can also opt for a Ruby Red hue as an alternative to the blue, though that’s a standard colour available on other variants too.

The Proton X70 Special Edition also comes with a new set of wheels, borrowing the design from the Geely Boyue Pro. Although the size remains at 19-inches in diameter, the new multi-spoke design does give the X70 SE an added dash of sportiness, we think. There’s also a SE emblem on the tailgate to tell people your car is a little more special than the rest.

Moving inside, you’ll find a darkened interior trim, coupled to a black Nappa leather upholstery (with white and red contrast stitching) in place of the brown that comes as standard on the Premium variant. Finishing up the visual overhaul are the new variant-specific floor mats with SE badges.

Performance is also unchanged – powering the Proton X70 SE is still the same 1.8-litre turbocharged four-cylinder engine, churning out 181 hp and 300 Nm of torque, and paired to a seven-speed dual-clutch transmission for a century sprint time of 9.5 seconds. 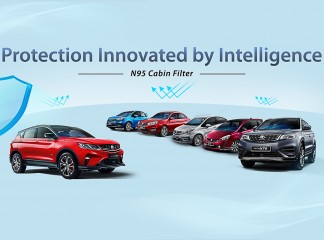 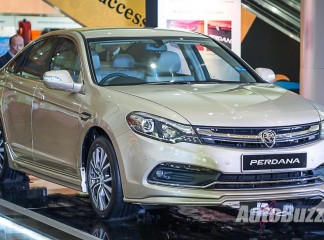