Here it is, guys. Following a pretty lengthy teaser period for the upcoming fastback sedan, Volkswagen Passenger Cars Malaysia (VPCM) has finally announced that the new Arteon R-Line will be launched this Friday on the 16th of July via a livestream on its social media channels, starting at 12.30 pm.

VPCM has already begun taking orders for the new VW Arteon R-Line since more than a month ago. Locally-assembled in Pekan, Pahang, the flagship fastback model will carry a price tag of between RM245k to RM255k, making it at least RM20k more than its predecessor – but at least it has a spec sheet that more than justifies its price hike.

First things first, the numbers. With a new 2.0-litre turbocharged TSI four-cylinder engine under its bonnet, the new Volkswagean Arteon R-Line here in Malaysia makes 280 hp and 350 Nm of torque, significantly higher than the 190 hp/320 Nm from its predecessor.

Find out how the current (outgoing) Volkswagen Arteon drives in our first impressions video!

Power is sent to all four wheels via a seven-speed wet dual-clutch DSG transmission and the marque’s 4Motion all-wheel drive system, which translates to a 0-100 km/h sprint in just 5.6 seconds. Other standard items on the performance side include the Dynamic Chassis Control (DCC) adaptive dampers, as well as the electronic differential lock (XDS).

As for the equipment list, our Malaysian model is dressed as standard with the R-Line exterior package, featuring sportier R-Line trims such as the more-aggressive bumpers, rear bootlip spoiler, and 19-inch ‘Montevideo’ alloys. Fun fact – the upcoming Volkswagen Arteon R-Line will also be the first model to carry the new VW and R logos here in Malaysia!

Find out what the new Volkswagen logos are all about here.

With its newfound performance and a matching pricetag, VPCM seems to be charging straight on into the premium market here in Malaysia. We can’t wait to put it through its paces and see how it compares against the similarly-priced BMW 3 Series and Mercedes-Benz C-Class – but until then, keep your eyes peeled as we bring you the latest news on the new Volkswagen Arteon R-Line! 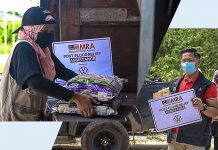 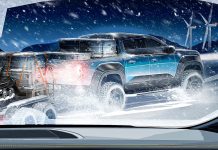 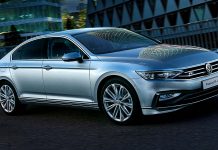