Home News This replica engine of the Le Mans-winning Mazda 787B is every petrolhead’s... 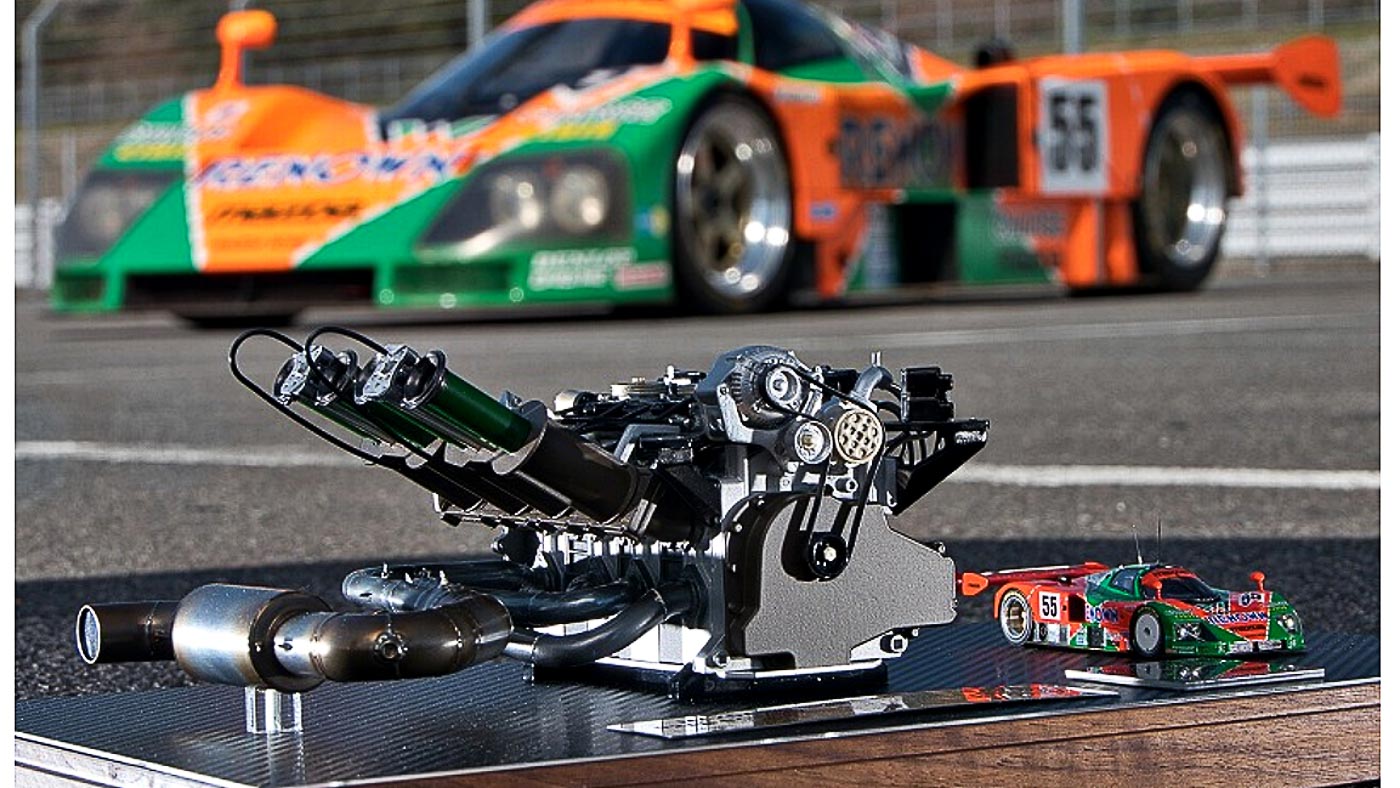 Mazda through their merchandise channel MZ Racing has released a range of highly detailed scaled models of their most memorable and iconic racing machine- the Mazda 787B that won the 1991 Le Mans 24 Hour race.

For this range of scale models that also celebrates their race win 30 years ago, Mazda has made replica pieces of the legendary R26B rotary engine.

Craftsmen from the Kusaka Engineering company were again engaged to produced these highly detailed art pieces, as they were last time for the limited-edition Mazda 787B scale model.

Two items have been masterfully crafted by the engineering company that was based on the 1:6-scale Mazda 787B model. First is the engine model that’s an accurately reproduced static model with no moving parts, loaded with details that include the variable-length intake runners, full-length exhaust system, high-tension leads that included the third spark plug and the alternator.

This art piece can be had with either with or without the No. 55 Mazda 787B in the iconic orange and green Renown Charge livery in 1:43-scale. The second is a simpler and smaller piece-a four-pipe exhaust system that ends with a large muffler. Key details on this scale model include replication of the welds as well as heat stress and carbon deposit.

With the size of the replica at 1:6-scale and extremely detailed, these fine art pieces are priced accordingly. The simplest model of just the exhaust manifold and muffler is priced at JPY41,800 (RM1,650).

To recap, the Mazda R26B is a naturally-aspirated four-rotor rotary engine that develops 700 horsepower at 9,000rpm. It utilised the same rotor shape as the production 13B.

Mazda is bringing back the rotary engine but with a twist in the latest Mazda MX-30 as soon as next year.

Check out the MZ Racing website for more listing of their collection that’s all related to Mazda. Also, take a look at the engine models that Kusaka Engineering crafts! You will be impressed especially if you are a big Nissan GT-R fan!