It’s without a doubt one of the most epic local promotional videos we’ve seen in a long while and it doesn’t even involve a sportscar! Instead, the star of the show is the newly launched Mitsubishi Triton Athlete, driven like a Mitsubishi rally car around the compounds of the Shah Alam Stadium!

In a clear move to display the pick-up’s maneuverability, Mitsubishi literally turned the stadium into a gymkhana playground for the Triton Athlete to slide, drift, perform J-turns with incredible FPV drone shots, fireworks, and even flame throwers!

At one point, the Triton Athlete even crashed through a “wall”! With such precision driving, we can’t help but wonder who the driver is; Leona Chin, is that you?

The most epic shot in the entire video has to be the moment when the Triton Athlete was under a basketball net to receive the ball. It makes you wonder, how many attempts did they need to get the perfect shot? Pun intended.

And after such exhilarating stunts, the video couldn’t have ended with more style, but it did! If you have three minutes to spare, this is the video to watch! 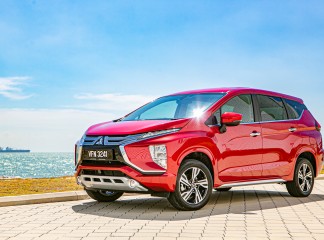 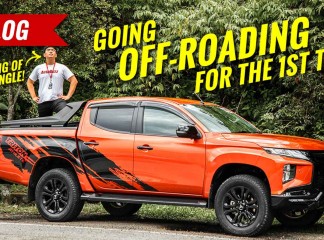