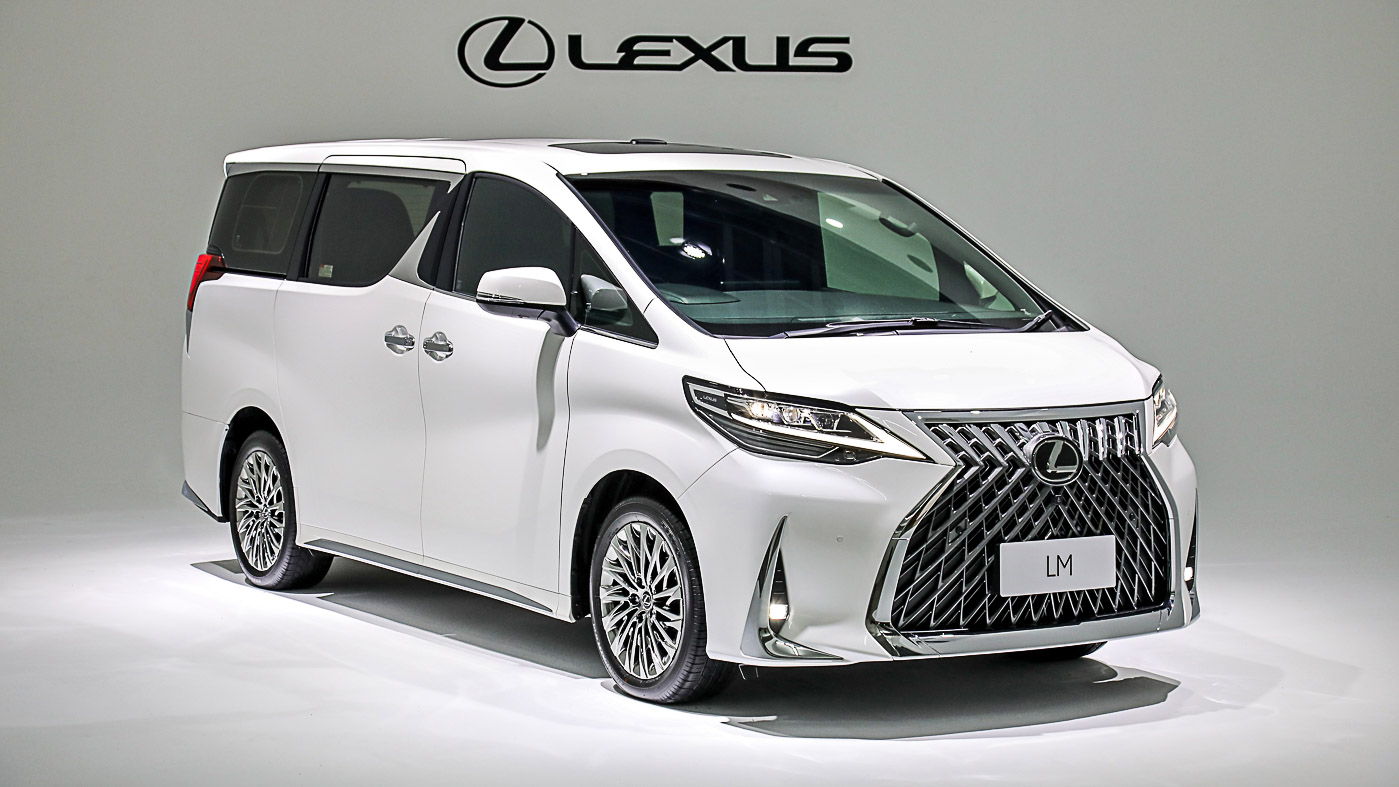 Lexus Malaysia has officially launched perhaps its most hospitable model yet- the Lexus LM 350. The Lexus LM (Luxury Mover) was first announced for Malaysia back in December, with estimated pricing of RM1.15 million.

The final pricing for the Lexus LM 350 from Lexus Malaysia is RM1,148,000. Owners can look forward to enjoying the comfort and vast interior from the end of July onwards.

The Lexus LM has been given the customary Lexus signature design identity to differentiate it from the Alphard base product that it shares plenty with. On the outside, the most visible change is obviously the large spindle grille on the front, flanked by 3-beam LED projector headlights featuring the iconic Lexus daytime-running lights design.

The new LM 350 is available in two colours which are Black and White Pearl Crystal Shine.

We focus on the most distinct feature of the new Lexus LM350- the two individual VIP lounge seats. As the flagship people mover, the LM 350 exemplifies the very definition of ‘Omotenashi‘ or the Japanese art of hospitality. The seats feature AdapiPedic rate-sensitive response foam, meaning it shape and support to each individual’s physique, promoting correct lumbar posture while mitigating pressure points for the best comfort and support.

Besides multiple power adjustments and ventilation function, the VIP seats also have an Ottoman configuration and massage function featuring seven massage programs and five pressure levels. Sit back and relax, while you sipped your refrigerated beverage, as the LM 350 has a 14-litre mini-refrigerator. Other features befitting the title of VIP seats include:

Similar to the Toyota Alphard, the powertrain for the Lexus LM 350 is a 3.5-litre naturally-aspirated V6 engine paired with an eight-speed automatic transmission. The same engine-transmission combination is also found in the now-discontinued Lexus RX 350 L seven-seater and RX 350 five-seater.

In order to achieve the required low levels of noise, vibration and harshness (NVH), Lexus has placed braces around the rear suspension, strategically placed reinforcements plus an increase in spot welding. The large partition between the front and rear occupants integrates into the bodyshell and further increases the rigidity of the LM 350. Even with just four seats, the Lexus LM 350 is 50 kg heavier than the Toyota Alphard at 2,185 kg.

Exceptional ride quality is delivered by Lexus-engineered suspension, the earlier mentioned enhanced body rigidity and new swing valve shock absorber technology. This introduces an ultra-low velocity valve within the shock absorber to precisely manage oil flow in response to even the most minor road irregularities. The result is consistent ride comfort on all road surfaces.

The Lexus LM 350 has seven airbags, inclusive of a driver’s knee airbag. The two VIP occupants are protected by the full-length curtain airbags and seat-integrated seatbelts.

Similar to the Lexus line-up in Malaysia, the Lexus Safety System Plus (LSS+) safety suite is included in the Lexus LM 350, consisting of the five main systems:

Built at the Inabe plant in Japan, which also manufactures the Toyota Alphard and Vellfire, the 4-seater Lexus LM 350 is priced at RM1,148,000 on-the-road without insurance, inclusive of a comprehensive five-year unlimited mileage warranty and is available for order at all six Lexus Centres nationwide.