Dread it, fear it, but you can never run from it. We’ve known for a while now that Ferrari is building an SUV, supposedly named the ‘Purosangue’ that’s due for launch later this year, but it supposedly won’t be the last of its kind in the Prancing Horse stable.

In a major departure from the Italian supercar maker’s ethos (and the displeasure of some Ferrari purists), Car Magazine has reported that the Purosangue will spawn a range of “more practical, crossover-flavoured models”, and will be powered solely by electrons.

According to the report, two fully-electric spin-offs, codenamed F244 and F245, will follow the Ferrari Purosangue in 2024 and 2026. The two SUVs will help the Italian brand usher in an era of full electrifications. Fully-electric cars for Ferrari are perhaps inevitable in a world of tightening emissions regulations worldwide, but not many would’ve thought that it’d be on an SUV.

The British publication reports that the SUV platform is already “electric-ready”, with the chassis capable of accommodating a skateboard-styled battery packs and four electric motors, capable of outputs upwards of 620 hp. The batteries on Ferrari’s electric SUV will also be scalable, and will start with a base capacity of 80 kWh.

Perhaps fortunately for some, the Purosangue won’t be an electric model just yet. Ferrari’s first SUV will reportedly be launched with a 810 hp V12 engine and all-wheel drive, while a 700 hp hybridised V8 is to follow later – the latter supposedly a detuned version of the 1,000 hp hybrid powertrain currently used in the Ferrari SF90 Stradale. 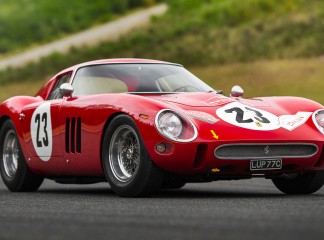