Home News To build or not to build an SUV – Ferrari boss finally... 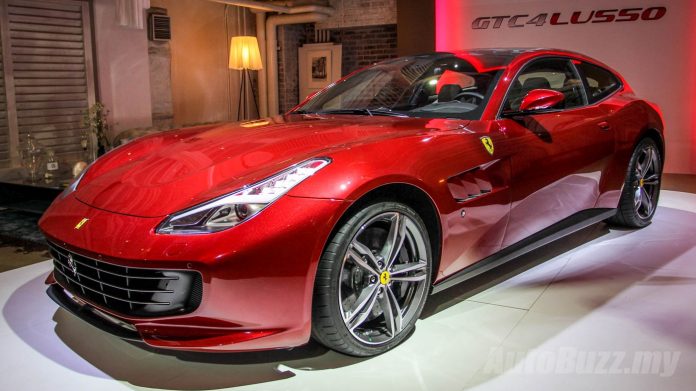 After endless rumours and speculations squashed by firm, dead serious answers from Prancing Horse representatives around the region that there wouldn’t be an SUV with the Ferrari badge on it, Fiat Chrysler Automobiles (FCA) and Ferrari boss, Sergio Marchionne has delivered the final verdict – Ferrari will be building an SUV after all.

But expect a long, long wait to even catch a glimpse or teaser of it though. This is as reports claim that Ferrari will be taking at least 30 months just to “decide on production” and when that eventually happens, it will be produced in limited numbers to preserve the marque’s exclusivity.

Referred to as the “FUV” – short for Ferrari Utility Vehicle, it will be Ferrari’s first and only SUV in it’s entire 78-year history since Enzo Ferrari founded this legacy in 1939.

Expect it to not shy too far from the overall configuration of the outgoing GTC4 Lusso, one that’s already built around a four-seater, all-wheel drive arrangement.

Despite lamenting this new decision to jump on the SUV bandwagon over years of stubborn resistance, it doesn’t come as much of a surprise. With the likes of Porsche leading the charge, with their overly-successful Cayenne, together with Bentley’s Bentayga, the Rolls-Royce Cullinan and the Lamborghini Urus tapping into the lucrative luxury SUV segment, it’s hard to not think that such an inevitable move is needed to ensure continued development and production of cars like the newly-launched 812 Superfast and recently unveiled Portofino.