Mark your calendars – Hyundai Sime Darby Motors (HSDM) has just announced a virtual launch event to take place at 3pm on the 30th of October, where both the Hyundai Kona and Sonata will be making their debut here in Malaysia. Both models were recently previewed in the last month, and are both currently available for booking.

The launch of the Hyundai Kona will come just three days after its rival, the Proton X50, which is scheduled for launch tomorrow (October 27). Fully imported from South Korea, the Hyundai Kona will be offered in three variants – 2.0 Standard, 2.0 Mid, and 1.6 TGDi High – with prices starting at “RM115,XXX”.

The first two variants with the ‘2.0’ designation are powered by a 2.0 litre naturally-aspirated four-cylinder MPI engine, making 149 hp and 179 Nm of torque, paired to a six-speed automatic transmission. The range-topping 1.6 TGDi High variant meanwhile is powered by a 1.6-litre turbocharged four-banger with 177 hp and 265 Nm, alongside a seven-speed dual-clutch transmission.

The Hyundai Kona will launch in Malaysia as the pre-facelift model, though it should still come with a decent list of equipment on board. On the range-topper 1.6 TGDi High variant, these include LED headlamps and taillights, automatic climate control, head-up display, a seven-inch touchscreen infotainment system, and Hyundai SmartSense advance driver assistance suite with features such as AEB, adaptive cruise control, and lane keep assist.

We’ve had the opportunity to check out the performance for both variants of the Hyundai Kona on a short media drive, so be sure to check our first impressions in our video!

As for the Hyundai Sonata, the fully-imported D-segment sedan will only be offered one single variant, powered by a 2.5-litre naturally-aspirated four-cylinder engine with 180 hp and 232 Nm of torque to drive the front wheels via a six speed automatic transmission.

The main selling point of the Hyundai Sonata however, is it’s unconventional design and attention to details that’s unlike anything we’ve seen before on Malaysian roads. The daytime running lights is neatly integrated into the chrome trim that runs from the headlights onto the window surrounds, and is practically invisible when it’s switched off – thanks to the laser-cut micro perforations on the chrome strip.

As for safety, the Sonata comes with six airbags as standard, along with a Blind Spot View Monitor, which displays a camera feed of the blind spot in the digital instrument cluster. Unfortunately unlike the Kona, the Sonata will not be equipped with the SmartSense advanced driver assistance systems.

Pricing for the Sonata is said to start from “RM20X,XXX”, and is set to take on other D-segment rivals including the Toyota Camry, Honda Accord, as well as the Volkswagen Passat Elegance and R-Line. 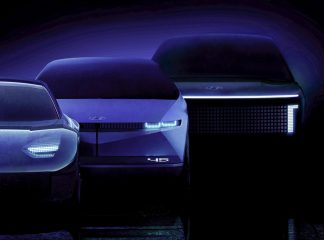 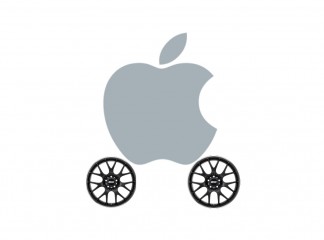