Earlier this month, Mercedes-Benz announced at an investor conference that it will be launching six new electric vehicles (EV) under its EQ all-electric sub-brand. Despite the EQ model line-up now ballooning to eight, the German carmaker still isn’t anywhere close to stopping just yet, as Automotive News reports that Mercedes-Benz is plotting an high-performance EV sports car to rival the Porsche Taycan from across town.

As far as hints go, it probably doesn’t get anymore clearer than that. It probably would’ve been inevitable given that the industry as a whole is moving towards electrification to comply with emissions standards, and of course to combat the very real ecological problems that the world is facing, but the introduction of the Porsche Taycan probably made it sooner rather than later.

Mercedes-Benz was actually at the forefront of all-electric performance vehicles – as recent as 2013, in fact, with the introduction of the SLS AMG Electric Drive. At a time when the Tesla S Performance – which was barely one-year-old – only made 310 kW (415 hp) and 601 Nm, the Electric Drive SLS boasted an incredible output figure of 552 kW (740 hp) and 1,000 Nm of torque.

Despite its top speed being capped at 250 km/h, the Mercedes-Benz SLS AMG Electric Drive managed to lap the Nurburgring Nordschleife in 7:56.234 (a figure that has since been obliterated, of course). However, the Electric Drive always sat in shadows of the slightly faster but significantly cheaper V8-powered brother, which meant the EV sportscar was swiftly forgotten – which reports suggesting that fewer than 10 units were ever sold.

The world probably was just not ready for a high-performance EV sports car in 2013, and Mercedes-Benz quickly folded its operations for these vehicles. Seven years later though, it seems that EVs nowadays are all about pushing the performance envelope – with Tesla’s Model S Plaid, Lotus Evija, Pininfarina Battista, and many more all aiming for the quickest EV ever made.

There’s probably no better time for Mercedes-Benz to dip their toes in the waters again, and based on history, the German marque is more than capable of making great EV sports cars. Could we see a Mercedes-AMG GT, or even the AMG Project One – a hybrid hypercar with F1 tech – being repurposed into fully-electric vehicles? Only time will tell, but we’re certainly excited. 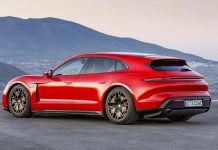