Volkswagen Passenger Cars Malaysia (VPCM) will be launching four new VW models this week, including what the company calls the “R-Line Trinity” comprising of the Arteon R-Line, Passat R-Line, and Tiguan Allspace R-Line, alongside the Tiguan Allspace Highline.

The models will be launched at the Volkswagen Tour event at One Utama Shopping Centre on the 12th to 16th August, and will be on display throughout the event alongside other VPCM staples including the Passat Elegance, Golf R-Line, Tiguan Highline, and Vento Join.

We’ve covered the Passat and Arteon R-Line pretty in-depth previously, but here’s a brief recap: Both models will be powered by the new 2.0-litre TSI turbocharged engine introduced locally on the Passat Elegance, which is good for 190 hp and 320 Nm of torque. The powerplant will be paired to a new seven-speed wet clutch DSG transmission.

Being new R-Line models, most of the upgrades should be limited to just the exterior. Aside from the customary R-Line exterior trims – aggressively-styled front and rear bumpers, side skirts, and perhaps a small lip spoiler, we can also expect to see sized-up wheels, which means 19-inches in diametre or more.

As for the Volkswagen Tiguan Allspace which will be making its Malaysian debut in R-Line and Highline trims, the new seven-seater SUV will most likely carry over the 1.4TSI turbocharged from the current Tiguan line-up in Malaysia, making 150 hp and 250 Nm of torque.

Designed to slot in between the Tiguan and Touareg, Volkswagen has stretched the compact SUV by a total of 215 mm, of which 109 mm is to the wheelbase itself. As a result, the Tiguan Allspace manages to squeeze in a third row of seats, and boast a rear cargo area of 1,775 litres with all rear seats folded down, or 230 litres with both rows of rear seats in its normal position.

VPCM says that plenty of attractive offers will be available at the Volkswagen Tour, including an additional RM1,000 rebate on top of any other ongoing promotions for any customers who place a booking at the event.

Volkswagen Tour will take place at the Oval Centre Court (New Wing), and will be open from 10 am to 10 pm daily. Strict healthy and safety guidelines (mandatory temperature screening and use of facemask, regular disinfection of display vehicles) will be in place for the peace of mind of all visitors. 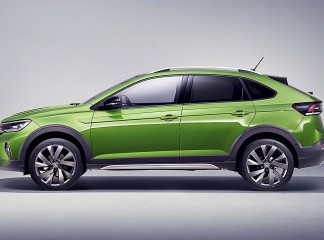