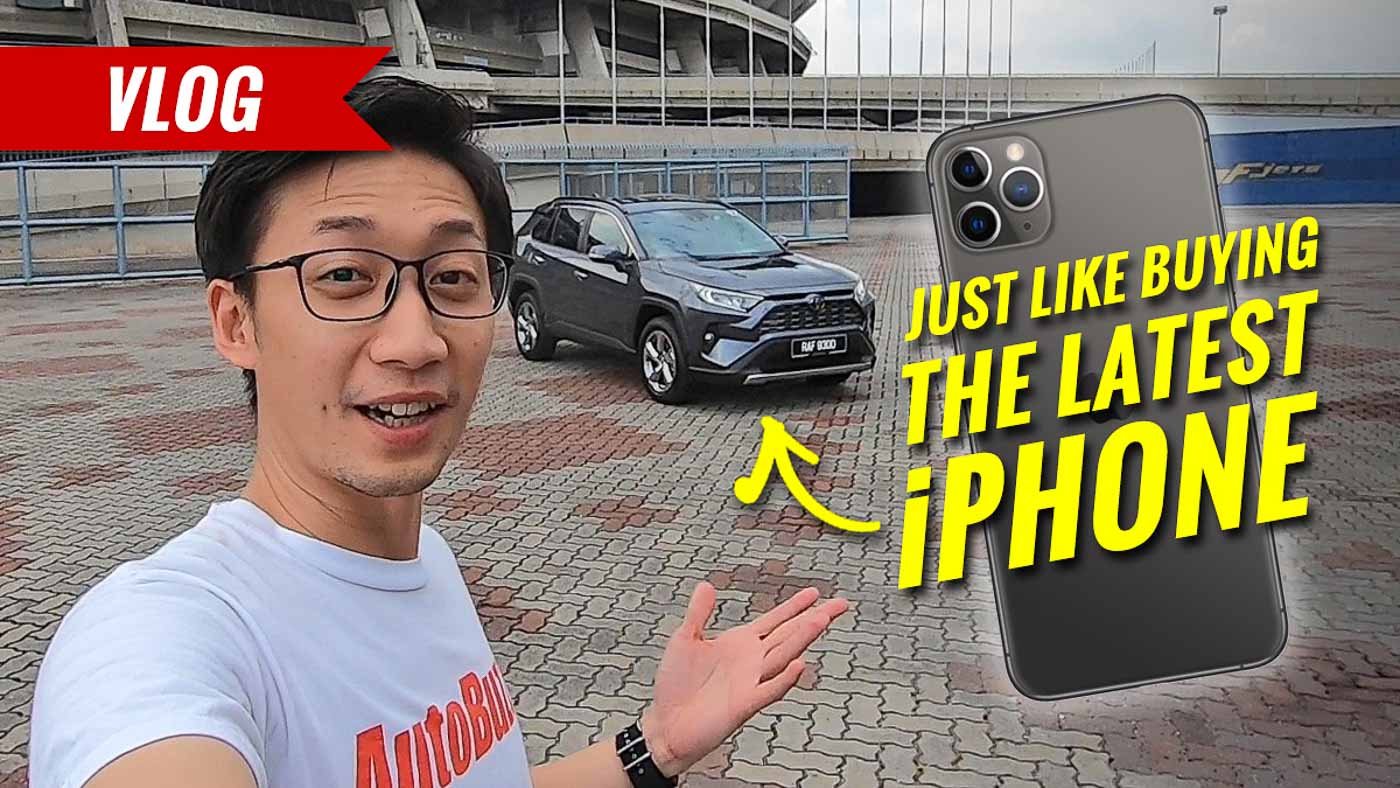 Admittedly, everything the new RAV4 has to offer has been overshadowed by its astronomical asking price but the scenario is quite similar to when Apple releases a new iPhone.

We’ll moan and groan its price but end up buying one anyway we know that with the new phone, it’s always going to be twice as good as the old one. With the new RAV4, we can’t help but think that it has the same effect against its competitors.

Last week, UMW Toyota Motor invited us for a quick review around Shah Alam in the new Toyota RAV4 following the launch of the much anticipated SUV in Malaysia.

Toyota only provided us with the 2.5-litre model for a quick review but right away, its sitting position was spot on. Power was sufficient in urban areas with stop-go traffic, but on the highways, it felt like the 1.6-tonne RAV4 would benefit with a little more torque from a turbocharged engine.

With a non-turbocharged engine, you really have to keep your right foot firmly pressed on the accelerator to get any performance from the 2.5-litre Dynamic Force engine.

A couple of things stood out during the Toyota RAV4 review; its ventilated seats and how plush the interior felt. It should be mandatory that every car in the Malaysia be equipped with ventilated seats as standard; they’re just the best thing since ice cold drinks.

And whether you’re in the front or back, it’s hard to not notice during the soft touch materials at all the vital touch points. This includes the arm rest by the door panels and on the centre console, complementing the supremely comfortable seats.

In terms of rear leg room, there is no doubt that Honda CR-V still offers the most space, with second place closely contested between the RAV4 and Mazda CX-5. As for boot space, the Toyota RAV4 is rated at 580 litres, the CRV at 522 litres and CX-5 at 442 litres.

All in all, it’s good to have the RAV4 officially sold in Malaysia by UMW Toyota Motor again after a long absence but with looks being a major deciding factor for most, we’re not sure how the RAV4’s design will be perceived by today’s public. Like the Honda CR-V, you’ll either like it or you don’t; in contrast to the more unanimously accepted design of the Mazda CX-5.