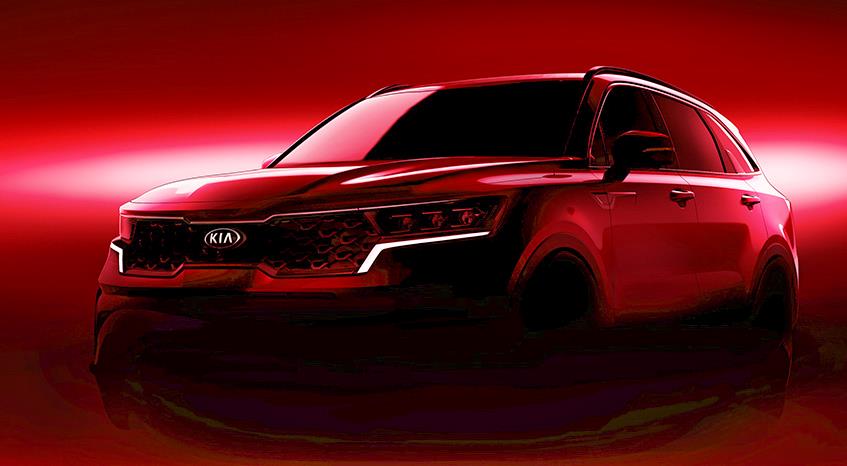 The all-new Kia Sorento SUV will be making its world premiere at the 90th edition of the Geneva motor show in early March.

The fourth-generation Sorento will become the newest model in Kia’s updated SUV line-up and is based on the new-generation midsize SUV platform offering more space, a hybrid powertrain option, advanced driver assistance systems and expanded connectivity via a new infotainment system.

More than three million Sorento SUVs have been sold worldwide since the nameplate’s launch in 2002. The preview images released by Kia shows a chiselled iteration of ‘tiger nose’ grille, a distinctive window line and large, vertical tail-lamps. Kia has also retained an upright profile for the Sorento, no doubt with practicality in mind.

Kia has also recently announced an annual sales volume of more than half a million cars in the European continent for the first time, or 502,845 units sold in 2019, representing an increase of 1.7% — the Korean brand’s 11th consecutive year of growth, and an all-time-high market share of 3.2% across the EU.

Sales were driven by the introduction of the new Ceed model and its variants, the popular Sportage SUV and the affable Picanto supermini, while the increased uptake of electrified models also contributed to Kia’s overall tally.