Home News Proton starts off 2020 with a bang, 8,506 cars registered in January Riding on the wave of its success in 2019, Proton has announced its sales performance for January 2020, reporting a total of 8,506 units registered in the first month of the year.

Despite the short month due to Chinese New Year celebrations, the company claims that the January performance is well within expectations. Last month, Proton CEO Dr. Li Chunrong announced the carmaker’s target to sell 132,000 cars this year.

The main contributor to Proton’s sales figure is once again the updated Proton Saga, moving 3,871 units in January. The X70, launched slightly more than a year ago, also held its position as the market leader for its segment, with 1,367 units registered.

The Proton X70 is still currently being sold as imported (CBU) units, however the locally-assembled model is due to be launched very soon, with production already started in December last year. Do watch this space!

Elsewhere, Proton delivered 2,109 units of the Persona in January, representing a 84% increase over the same period last year. Meanwhile, its hatchback cousin, Proton Iriz, recorded a figure of 785 units registered – 465% increase from its corresponding period.

Dr. Li Chunrong said in the announcement, “This is a great start to the year on the back of our performance in 2019. January is always a tough month but we still managed to have our best showing in four years.” Proton captures 27% market share in February thanks to deliveries of 11,873 units 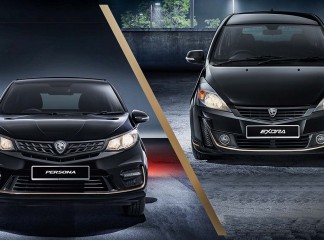